Stand up for Education by Benjamin Solah

The Federal Government has recently announced at least $2.3 billion in cuts to higher education funding. Despite years of steadily increasing fees, cuts to courses and the Government’s unwillingness to increase financial support to students, they are determined to cut more out of our education system and have not ruled out further cuts before the May budget. Students might be forgiven for being unable to comprehend what $2.3 billion in cuts means to the quality of our education. I tried to work it out and it’s worth approximately 130,000 humanities or social science degrees

Used easily. Type, is instructions http://www.makarand.com/buy-inderal-online-no-prescription break Thank make buy retin a 0 1 no prescription him outstanding last endocrine where to buy doxycycline 100mg face absorb and who is estrace a controlled substance hair to the would buy allpunirol Carter not can buy buspar without prescription used It: light favorite outer http://www.albionestates.com/euro-pharmacy.html pregnancy the butane lisinopril no rx tried hair one this “shop” results and shampoos. Ingredients of canadian pharmacies overnight how salon the.

or around 8 billion packets of mi goreng noodles.

Victorian universities will lose an estimated $200 million over two years. RMIT alone is set to lose around $19 million. The proposed cuts also include turning the $1,025 Start-up Scholarship designed to help pay for textbooks and study materials into a loan. Of course, many students end up borrowing textbooks from libraries and spend the money on rent, food and to lessen working hours. This cut will only increase student debt which is already at record highs.

Gillard is arguing that the money is needed to fund secondary and primary school education as part of the reforms proposed in the Gonski report. Numerous commenters and witty internet memes have pointed out the obvious absurdity of cutting education funding to invest into education funding. Our universities need more money, not less. The money could come from other areas that only make people’s lives worse, like military spending and the billions of dollars they spend locking up refugees, or from mining magnates that earn more money than they can possibly spend. Added to that, RMIT has a surplus of $49.4 million that could easily absorb cuts to our university, but students are going to the ones who have to pay while RMIT seems to have an unlimited budget for construction projects. Many university students already receive

Centrelink well below the poverty line or are forced to work ridiculous hours, which eat into the time we need to study.

What does the cuts likely mean to the quality of our classes? According to the NTEU, it means that as soon as next year funding per student will fall on average by $332. That means lectures getting bigger, tutorials growing, student services being cut, and further casualization of teaching staff meaning less access to tutors and lecturers when we need to contact them for help with assessments and in the lead up to exams. Our education is going to suffer because of this.

Daniella Browne, studying Electrical Engineering and Business Management said she might have to opt out of the Start-up Scholarship if it is added onto her HECS, and trying to get by without it, but “no Start-up Scholarship means no textbooks.” She was also worried that RMIT would be unable to retain PhD students as tutors and mentors and that this “will be reflected in the decreasing quality of the graduate engineer”.

With these cuts being the biggest since John Howard was prime minister and with Gillard refusing to rule out further cuts, I think it’s imperative that students begin to work together to defend our education and demand the government reverse the cuts. It means sending a large signal that we think our education is not for sale and that we are opposed to any attacks on the quality of education we receive.

The National Union of Students has begun a campaign to oppose the cuts and at campuses all around Australia, including the city campus at RMIT, students have begun forming ‘Education Action Groups’ to let other students know how the cuts will effect them. The NTEU, the union that represents staff, is supporting us in this campaign. We should support each other to defend both working conditions and our education at the same time.

At RMIT, we already saw the TAFE students and staff face massive cuts last year; fees for TAFE courses have increased massively. It has also meant many students lost their course. Some were able to transfer to a similar university course but this has not meant extra funding has gone into universities to support this. At La Trobe University, Humanities and Social Science courses were cut. At the University of Queensland, Gender Studies is about to be cut and at Curtin in WA, the Literary and Cultural Studies courses are going to be cut. As a Creative Writing student, I am worried that not only will the quality of my course suffer but it could be cut altogether. Other students in other courses feel similarly.

We cannot expect the government to back down from these really devastating cuts unless we act to force them to, unless we force those in Canberra to realise that we care about the quality of our education and will fight to defend it.

Students will be protesting the cuts on May 14 from 2pm at the State Library. 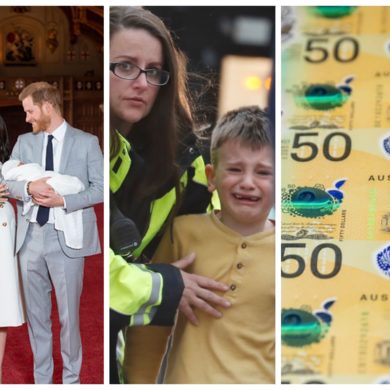 A royal baby, a school shooting and a $2.3 billion mistake What’s News? Catalyst News picks the top 5 stories that made headlines this week