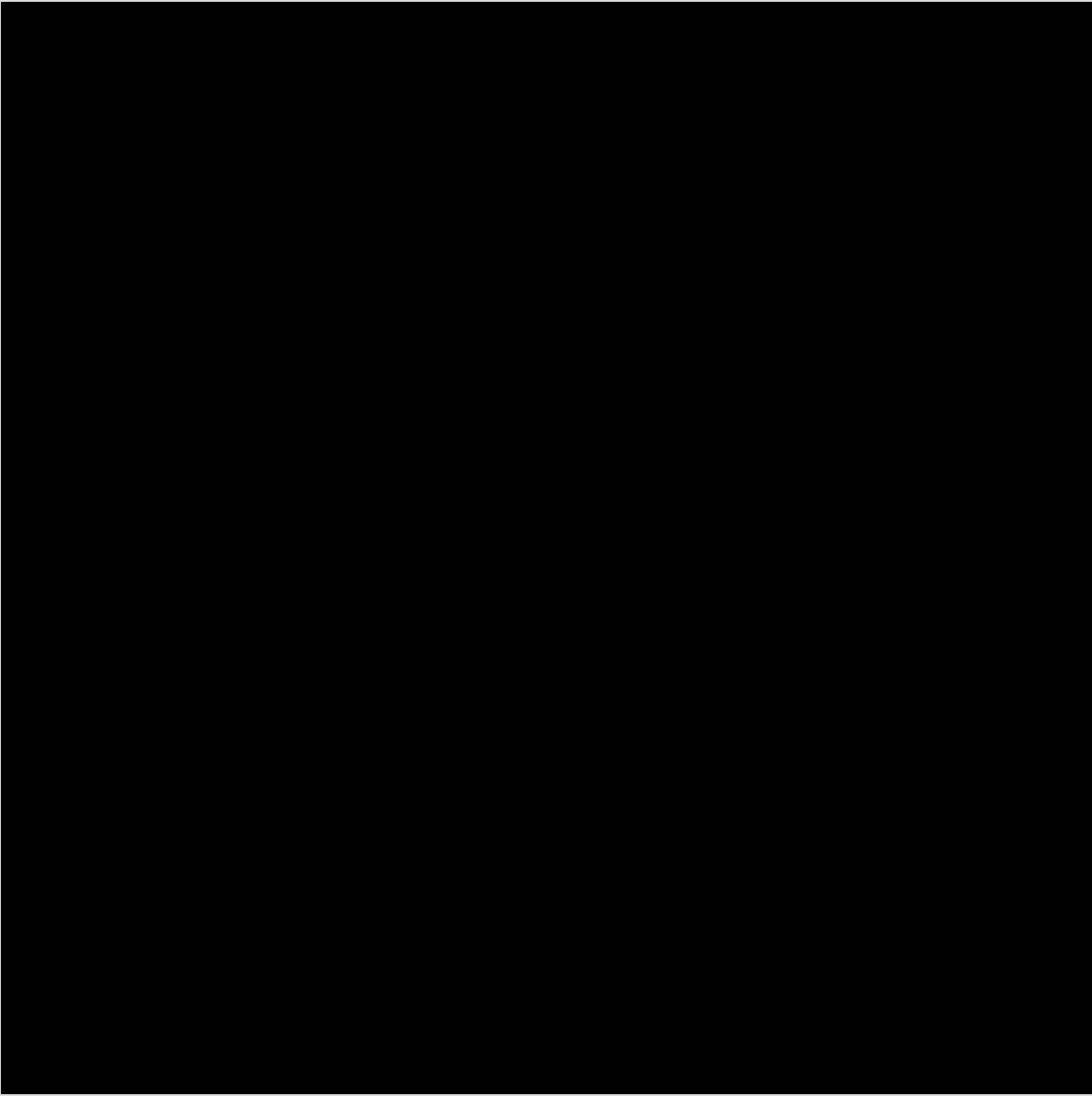 DONDA was more than an album, it was more of a cinematic experience. After over a year since its original announcement, Kanye unexpectedly dropped DONDA late Sunday night. DONDA has been an emotional rollercoaster. Kanye held three public listening parties, the first two packing out Atlanta’s Mercedes Benz Stadium and the third at Soldier Field in his hometown, Chicago. The first listening party broke the record for the most watched livestream in Apple Music’s history, only to have the record broken by the second and again with the third.

Whenever Kanye drops, you can feel the culture shifting, something that was evident during the rollout leading up to DONDA’s release. It’s Kanye’s longest album and is named after his late mum, Donda West, who died in 2007. Because of the livestreams and the way Kanye conducted himself since the start of the year for this rollout, DONDA became more than just an album. It ushered in a new era of Kanye musically and emotionally. With the livestreams, fans were able to be a part of something unique, seeing an album still very much in its development stages to finally receiving the finished product.

Kanye showed up on this project and it’s probably his best album since 2016’s The Life of Pablo. What fans missed on his most recent album, Jesus Is King, was Kanye rapping, but he gave us that on DONDA. DONDA is exactly what I wanted from a Kanye gospel album. It sounds amazing and he really shows his versatility, he has a rock/hip hop infused sound on ’Jail’, to trap/drill on ‘Praise God’ and ‘Off The Grid’, to a poppy, upbeat song like ‘Believe What I Say’, to singing his heart out on ‘No Child Left Behind’.  Despite having multiple genres, he kept a gospel theme throughout, but it wasn’t overpowering. The content was deep and very personal, especially on songs like ‘Jesus Is Lord’ and ‘Come To Life’, which I think is one of Kanye’s best and most personal songs. On ‘Jesus Is Lord’ we get one of the most heartbreaking lines of Kanye’s career, where he says “And if I talk to Christ, can l bring my mother back to life? And if I die tonight, will I see her in the afterlife?” Kanye allowed himself to be extremely emotionally available on this album and his features followed suit.

DONDA begins with Kanye admitting he has been in a bad place. He acknowledges how his public image has fallen in recent years as well as how his marriage is seemingly coming to an end. DONDA takes us on an emotional and spiritual journey through Kanye dealing with grief. The album quickly shifts to an upbeat, slightly aggressive tone, then to a more emotionally vulnerable Kanye. He expresses his vulnerable mental state and the desperation as well as anxiety that he has about being alone. Towards the end of the project, it symbolises his ascension. He becomes spiritually awake and ascends into heaven and seeing his mum while realising and acknowledging his faith. This is very noticeable on ‘No Child Left Behind’. In the second livestream, this was the song he used to levitate in an angelic way out of the arena through the roof. Through the listening events, Kanye played multiple versions of some songs which different guest verses. Fans were fearful that their favourite versions wouldn’t be on the album, but Kanye ended up adding three part 2s which had new guest features mixed with versions from the listening events. This was a great move on his part to keep fans happy and allow people to listen to their favourite version of the song.

He is known to bring out the best in the people he works with. Despite having over 30 features on this album, none of them feel out of place and they’re all dope additions to the album. Kanye is one of the best producers ever, which allows him to play to artists strengths. Being involved in a Kanye album is a rare honour, so other artists feel as if they need to produce their best work and are almost always willing to do anything to fit Kanye’s vision. Don Toliver’s ‘Moon’ hook was amazing and Fivio Foreign probably spat the best verse of his career. Lil Durk’s appearance was amazing, as was Jay Electronica’s. For me, the best feature on here was Vory, who I had never heard of until the album rollout started. He kills it on ‘God Breathed on This, ‘24’, ‘Jonah’ and ‘No Child Left Behind’ and really brings the emotion through in a way that nobody else could. Other notable moments from this album feature wise were Conway the Machine and Westside Gunn, who performed great on ‘Keep My Spirit Alive’. Playboi Carti also had some great moments on here, featuring on two tracks. In ‘Jail’, JAY Z talks to Donda spiritually and hints at a potential follow up from Watch The Throne. Travis Scott’s cadence on ‘Praise God’ is another great moment. He takes a similar route to JAY and speaks directly to Donda. We also had features vocals from Ariana Grande on ‘Donda’ and a hook from Chris Brown on ‘New Again’. He also had a touching outro from Larry Hoover Jr on ‘Jesus Is Lord’, where he opens up about the efforts Kanye went to free his father, Larry Hoover, a founder of the Gangster Disciples.

The rollout for this album was great, entertaining and something is never done before, but at times, draining. I thought that Kanye should have dropped his album after the second livestream event and I became frustrated during the rollout due to the constant pushbacks. DONDA has had a couple of great album covers since its announcement last year and because of this I was disappointed that he chose a plain black cover. While it fits the rollout, symbolises grief and has some relation to the project, I wish he’d chosen some actual artwork. It comes off as lazy and given all his previous work have had amazing artwork that gives it that timeless feel, a plain black cover just doesn’t do it for me. I believe that if a project is good and it comes with great artwork, it adds nostalgia and almost represents a moment in time that becomes synonymous with the album.

With 27 songs, DONDA is a very lengthy album. I’m usually critical of long albums, but Kanye is one of very few who can pull off an album of this length and keep you engaged and captivated throughout. This album is full of moments that will be looked back on fondly as it ages. To me, it is reminiscent of one of Kanye’s previous albums, 808s & Heartbreak. 808s was an album that played a huge part in the current sound of music. It ushered in a new era and a new decade and is looked back at fondness. While I don’t think DONDA will have the same level of impact musically, it redefined what a hip-hop gospel album was and I think we will look back on it in an extremely positive light. DONDA has been doing crazy numbers. Within a day of its release, DONDA became the #1 best globally charting rap album and became the album with the most #1’s by country in Apple Music history. In the first 24 hours, it received over 180 million streams and it’s projected to sell over 300 thousand units in the first week. DONDA could also make Kanye the artist with the most number #1’s this century.

Whatever your opinions are on Kanye, the music speaks for itself. On this album, Kanye keeps innovating, pushing boundaries and being extremely experimental. He always makes an effort to push the genre forward and even if you aren’t a fan, you’ve gotta appreciate this. He’s a polarising figure and constantly finds himself in the headlines and faces a lot of criticism for his antics outside of the studio which I believe is usually warranted. Despite this, he stands alone with the best discography in hip-hop and doesn’t look like he’s slowing down anytime soon.

DONDA was a reminder to music that Kanye is one of the greatest artists we’ve ever seen and was another amazing album added to a long list of incredible projects. On ‘Ok Ok’, Kanye reminded the rap game where they got their style and sound from and that was exactly what I wanted to hear from him. DONDA is something brand new and I couldn’t find anything else easily comparable. The versatility, depth, substance and incredible production will mean DONDA should age amazingly and it is one of my favourite albums he’s ever made.