On Discrimination By Esther Levy-Fenner

Imagine how different the world would be if we were confined to the boundaries of our hometown or city. If we could visit other states and countries but had no option to relocate permanently or temporarily, despite feeling more comfortable in the alternate environment. What if the materials of your childhood home defined you in some way or other or the hospital you were born in restricted your options in life? Some things are beyond our control while others are a mix of preference, influence and understanding. Regardless, these factors influence how we build relationships, our sense of self, and how we respond to our feelings.

There’s currently debate over a federal Human Rights and Anti-Discrimination Bill which allows religious organisations – including schools and hospitals – to discriminate against potential employees that in some way challenge their religious foundations. To understand the extent of potential problems this may cause, consider the following: international cereals company Sanitarium is not thought of as a religious enterprise, yet is run by the Seventh-Day Adventist Church who “recognise[s] the seventh day as a day of rest, therefore we do not support events requesting commercial or promotional assistance during the hours of Friday sunset to Saturday sunset (the Sabbath).” A business with an estimated turnover of $300 million a year and potential employment opportunities for hundreds of Australians, under this Human Rights and Anti-Discrimination Bill, will have the opportunity and the right to deny employment to those it deems to be living unsuitable or immoral lives.

While many people are subject to discrimination, the focus of this debate is predominately discrimination against same-sex attracted individuals. It is unjust to vet people based on their sexual orientation. Furthermore, allowing religious organisations to do just so gives them rights that extend beyond non-religious organisations, so far in fact that if a secular organisation were to do so it would be illegal under Australian law. This is a Labor government. How can a social-democratic party who says they strive to give “every Australian opportunities through education and training, ensuring fairness at work” continue to support a bill that will ensure just the opposite? And to further the contradictory action, the Minister looking after the motion through the Senate is Finance Minister Penny Wong – a committed Christian and a lesbian.

Unlike the many determinants in our lives over which we have control, our sexual preferences and thus our personal identity, are complex matters. We have desires that are innate. In November 2012, Australian marriage equality advocates welcomed a new draft national anti-discrimination law that aimed to protect gay Australians from unfair treatment in employment and services. Yet this is exactly what we are being faced with a mere two months later. Others who may face discrimination include pregnant women, women who are thought to ‘potentially’ be pregnant, and couples living in a de facto relationship.

Amidst all this darkness though, there is some light. Social welfare charity Anglicare introduced a formal policy welcoming and supporting inclusion and diversity nearly a decade ago. South Australian branch chief executive, the Reverend Peter Sandeman, is quoted to have said, “Jesus didn’t discriminate in who he associated with and helped and neither should we.” Another light shines from the south, where the Tasmanian Anti-Discrimination Act penalises church-based schools and welfare agencies if they are found to discriminate against LGBTI employees, students or clients. Now is not the time for Prime Minister Julia Gillard to be losing supporters. The year’s first Newspoll suggests the Coalition has retained the lead on a two-party-preferred basis, 51 to 49 per cent. The Coalition is not a preferable option – a more conservative government is even less likely to fight discrimination cases.

Just consider what it would be like if you couldn’t get a job because you were brought up in a brick house, when all a company was considering were those who’d spent more time in a weatherboard. That determining factor is or was, out of your control. You didn’t choose the house you lived in as a child. But it became part of who you are. That house shaped you and will forever be in your heart. So don’t discriminate, because you’re hitting out against someone else’s home every single time. 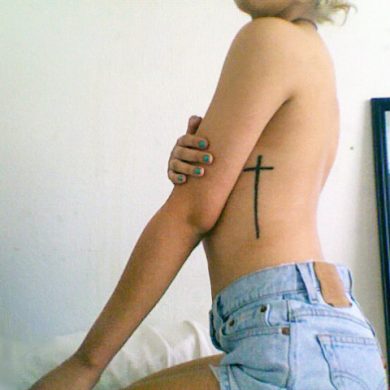 How to survive in the Animal Kingdom