Unsurprisingly, those with higher levels of educational achievement are more likely to join the work force than those with lower levels of achievement. According to the most recent data from the 2011 Australian Social Trends report on Education and Indigenous Wellbeing, an Indigenous adult is 18 per cent more likely to gain full-time employment with Year 10 attainment, 51 per cent with Year 12 or skilled vocational qualifications, and 63 per cent with a bachelor degree or higher.

AIME Program Coordinator Addie Walsh said the trust Indigenous adolescents invest into the program is huge. “We’d love to see all these kids in university, if they want to go into other pathways or into apprenticeships or straight into the workforce, that’s great, we just want to see a 100 per cent transition into one of those options,” Ms Walsh said. “We want to create a culture where, for every step you take forward in life, you put your hand back and bring someone with you. “Basically, we want

to work ourselves out of a job,” she said.

Beginning in 2005, AIME had only 25 mentors and 25 mentees. Fast-forward to 2013, and the organisation now has over 1,000 mentees and 1,000 mentors across 16 university sites in five Australian states. Since 2010, RMIT University has been working with AIME to give Indigenous high school students the skills, opportunities and confidence to finish school at the same rate as their peers. AIME is always looking for volunteers – student mentors commit to four days spread throughout the year, and receive a LEAD certificate at the end of the program.

Mentee turned mentor Senada Aldobasic said AIME broke down educational barriers and allowed her to realise her true potential. “Before encountering the study side of the program, I didn’t have a structure or an older sister or parents who could help me out with homework at home. So when homework time came around, I would leave out a chunk of work because I couldn’t do it,” she said.

Senada said AIME gave her someone to look up to and wants to give others the moments of empowerment and confidence she experienced with the program. “I want those younger than me to realise their potential, to know they aren’t just a statistic out there being observed, but they are the next generation of leaders,” she said.

Pornography: not a how-to guide

If you want to become a mentor, or just want more information about AIME, please contact Addie Walsh at [email protected] 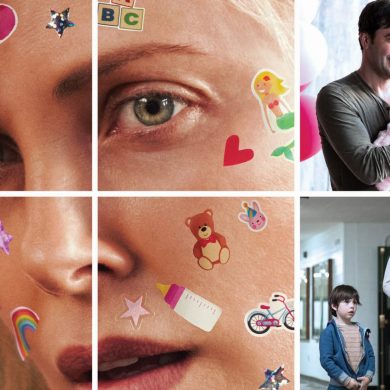