Australian indie sensations Boy and Bear have announced the release of their second album Harlequin Dream.

Harlequin Dream will be released on August 16, followed by a twelve show ’16 Days Under the Southern Sun ‘ tour around Australia starting in October.

Our reporter James Jesson caught up with Tim Hart to discuss Boy and Bear and their upcoming events.

JJ: How did you come up with the name Harlequin Dream for your album?

TH: Again, with us it’s a fairly boring story. Harlequin Dream was one of the names of the songs. We shot a whole bunch of names around for the album and in the end we had an art contest. Harlequin Dream seemed to be the name that fit.

JJ: How do you feel your sound has evolved between Moonfire and Harlequin Dream?

TH: You start listening to different music and a bit of a common ground for us was 70’s pop music like the Eagles and Fleetwood Mac. We’ve always been into the big harmonies. Boy and Bear for us is about that but it’s also about evolving and changing. When we started writing the record that’s what started coming out. Instead of thinking we need to probably do something closer to Moonfire, we thought you’ve got to take some risks. In general, people think it’s closer to the last record anyway but for us it felt like quite a big departure.

JJ: Why did you choose to record the album in Sydney?

TH:  We decided to work with Wayne Connolly, who’s based in Sydney. We went to one extreme last time doing a record in Nashville with an American producer. I guess we wanted to be closer to home; we wanted it to be really us. The best way we decided to achieve that was to be in the comfort zone and Sydney is that for us.

JJ: What are you looking forward to most about your upcoming tour?

TH: I love playing live, like, I really love it. A lot of our fans have been on board since four and a half years ago when we started. You always get a chance to catch up with a few of them and I love that. It feels like you’re a bit of a community.

JJ: Eight months is a long time to spend recording an album. Did you find out anything new about other band members?

TH: Well, we got a brand new bass player in that time, Dave, and I found out that he’s quite competitive at table tennis. We got a table tennis table brought it into the studio and it got pretty serious on the first day we had it. He ended up diving on the table and breaking it and that was the moment I realized he’s a little more competitive than anyone else. He’s one of the nicest guys you’ll ever meet but he doesn’t like to lose.

JJ: How’s the sibling rivalry between you and your brother Jon in the studio?

TH: Not in the studio, Jon and I tend to be a good enough distance away from each other but if we get on the squash court or in the cricket nets or anywhere we can be a little bit competitive, sparks fly … That’s just Aussie brothers, mate.

JJ: I can’t help but notice you’re tour is called ‘Sixteen Days Under a Southern Sun’, yet you play 12 gigs over the space of a month. Where did the number 16 come from?

TH: Have you ever seen the movie Spinal Tap? You know how everything is vaguely ridiculous in that movie … Sixteen days under the southern sun in itself is just a line from the song ‘Southern Sun’. Everyone wants it to be sixteen shows and really symmetrical but it’s only twelve days. It’s really tap, like Spinal Tap, that’s why we thought it.

For more information on the tour and album visit boyandbear.com. 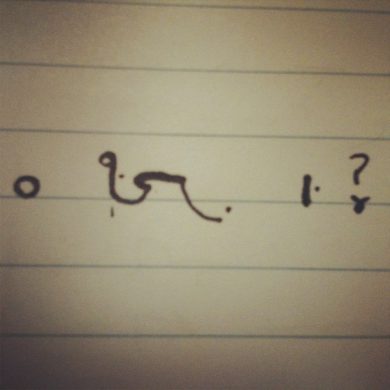