Trailer Trash: The Way, Way Back

Ah, summer lovin’. It happens so fast. The teenager’s rite of passage where you grow up, find love, discover yourself, take long strolls on the beach, smuggle wine coolers into red plastic cups and celebrate the 4th of July watching fireworks and eating sloppy Joe’s in the warm dusk air. Think John Travolta and Olivia Newton John frolicking in flashback on a suspiciously desolate beach. It’s the summer that changes everything. The summer you’ll never forget. Tell me more, tell me more!

Well no I can’t, because frankly I’ve never experienced the stereotypical American holiday. Like pretty much everyone. My summers usually consist of lying comatose in front of the air con, warding off the glare of the sun through the window and hoping to God that no one will ring and call me into work – to my job selling whitegoods mind you, not the ice cream parlour on the boardwalk.

Regardless, the coming-of-age film holds a special place in many a heart. It offers a sense of nostalgia while still being tearfully poignant, tragically funny and immensely relatable. Which is exactly where The Way, Way Back comes in – a delightful film about Duncan (Liam James), an awkward, fourteen-year old loner who is forced to spend the summer with his mother (Toni Collette) and her arsehole of a boyfriend (Steve Carell), where he picks up a secret summer job

at a water park and sparks a connection with the girl next door. Cue passage rite-ing.

Written, directed and produced by overachievers Nat Faxon and Jim Rash a.k.a. the Dean from Community (both of whom also star), this is a refreshingly funny, honest and heart warming insight into Duncan’s journey. It’s similar in tone to the brilliant The Descendants, also co-written by Faxon and Rash (seriously guys, stop it) and memorable for George Clooney running in thongs.

A stellar cast bring the excellent screenplay to life – Toni Collette as the flawed, morally inept mother; Allison Janney as the outrageous, un-PC neighbour; AnnaSophia Robb as the beguiling girl-next-door; Amanda Peet and Rob Corddry exemplifying the “spring break for adults” vibe that’s taking place. The biggest surprise is Steve Carell going against character as the douche bag boyfriend Trent. As a massive Office fan, it’s hard to see him as anyone other than this.

The Sustainable Urbanist: Is Melbourne the next Copenhagen?

But he pulls off the sly, undermining jerk with ease (no offence intended). The fact he rates Duncan a three out of ten in the opening scene is a testament to how much you will hate him. However, the show is stolen by Sam Rockwell’s Owen, the unlikely friend and charismatic father-figure to Duncan. His elaborately ridiculous dialogue and offbeat charm is laugh-out-loud funny, and his relationship with the miserable protagonist feels inspired and real.

The Way, Way Back is nothing revolutionary, but it exudes an energy and pride that sits it among the top of its genre. It’s fresh, funny, original and touching, with enough of a resonance to warm the hardest of hearts. As its tagline states, ‘we’ve all been there’, and it’s this connection with the shy, moody, socially anxious teen in all of us that will leave you uplifted. Even if ‘there’ isn’t the summery world of boardwalks and red cups we all wish we had. 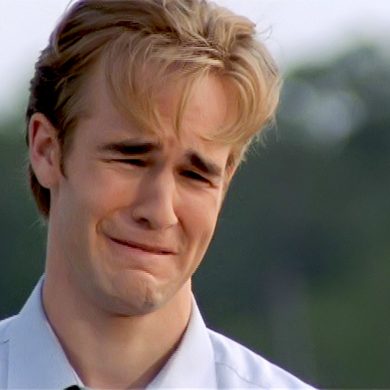