David Ross travelled to Myanmar over the mid-year 2014 break, interning at a local bi-lingual business publication. He writes about why the country is ranked 145th in the world for press freedom.

They never found – or at least never did anything about – whoever killed 50-year-old Japanese APF photographer, Kenji Nagai, in Myanmar seven years ago. A soldier, wicker shield and hitting-stick in hand, swinging out at the crowd of men and women in their longyis. Another soldier from the Tatmadaw, RN FAL rifle in hand, walks towards the Japanese photographer’s body in his military issue sandals.

The soldier took the camera – its last photo reportedly shows him aiming – one of the first, but not the last, deaths in the protests of 2007, the largest in the country since 1988.

“If the army shoots, it has no tradition of shooting in the air.” Ne Win, the general who snuffed out 15 years of democracy in 1962, said these words on the eve of his resignation on those protests which ushered in an even more repressive (albeit less xenophobic) regime.

Kenji Nagai was killed outside the then and still, fanciest hotel in town –Sule Shangrila – in the heart of downtown, a couple of blocks from where I stayed, north of the council offices and monument commemorating those who fought for independence against the British, against the Japanese and later for the British.

Not that there aren’t preparations for protests, even the most cursory walk around trawls up barbed-wire barricades and pointedly places police and military garrisons. Offside, outside Independence Park, ringing the council buildings or just wherever someone decided to put them: if ever protests return, there’s barbed wire.

Not that any significant crowd could even get into the city centre, the traffic is ruthless.

Seven years is a long time in the short life of news, an even longer time considering the pace of change anywhere and everywhere you go in Myanmar. Seven years has seen changes once unthinkable in what’s known as ‘The Golden Land’ – changes reshaping the country more profoundly than any since 1988 or perhaps 1947.

Since 2007 Myanmar’s press freedom ranking, while falling to 174th place in 2010 – only above authoritarian paradises Iran, Turkmenistan, North Korea and Eretria – has risen sharply since, climbing to 145. This puts the country’s press as ‘freeer’ than Bangladesh, Malaysia or Russia, yet more ‘unfree’ than Cambodia or Ethiopia. But despite what some figures say there are still many things that can’t be said and future prospects have a dim glow.

The Golden Land has a history of the men in charge hounding the press, or simply people they don’t like (or don’t like them); yet it leaves some surprised when they see the abundance of dailies, weeklies and magazines for sale at the intersections or the ubiquitous stalls – people need something to read in traffic.

In a land where freedom of the press is more an abstract concept than a real fact of life, there’s an awful lot of freedom that the government can’t quite control.

In the past, all things published were required to be submitted to the Press Scrutiny and Registration division of the Ministry of Information. This made publication of ‘the news’ while it was still current almost impossible. Today editors and journalists are instead expected to abide by government issued guidelines which tell journalists and editors what not to tell everyone else. If someone were to break these rules – which don’t officially exist – then they could reasonably expect trouble, sometimes very serious trouble from a government able to do almost anything or give almost any sentence under one of the many laws governing what, how, where or when something can be said in a newspaper, on the internet or even in a book of sheet music. Otherwise, they could always receive a knock on the door by the Special Branch intelligence service who will just as happily sentence a journalist to 10 years hard-labour as disappear someone into some dark corner of the Golden Land.

If it’s starting to sound a touch Orwellian take heart in knowing 2007 was seven years ago and 1988 was 26 years ago. A long time since the days of press freedom, fractionally greater than Iran or North Korea.

Let’s say you’re looking to publish a newspaper in Myanmar. Whatever you want to print has to go to the censors at the Ministry of Information first – but there’s nothing stopping you selling the paper whenever you want. So while you’re waiting for approval, there’s no one stopping you from just publishing anyway. While the date on the paper might say “Thursday 24th of July” you can just as easily start seeing the paper doing the rounds on the 19th, it just won’t officially exist until that Thursday. But if the censors were to take umbrage at what’s there – enough to make them very angry – then they might declare that your paper no longer exists. Gone, disappeared, not that there’s any real way to get out there or track each and every copy down. But for the purposes of the official record the Thursday 24of July edition no longer exists.

Things are just like that in Myanmar, they might be as real as you or I. For the purposes of the government though, there’s nothing to see, nothing to know – and if you say otherwise there’ll be something to say about it.

While all censorship is equal, some is more equal than others, in particular there are the three big uglies you’re not to go near – don’t look at it, don’t smell it, don’t talk to it and most of all don’t write about it.

There’s also a collection of other little things the government would rather not feature like Nat’s: spirits believed by some to reside everywhere and anywhere. Thou shalt not talk about the treasure guardians. This was one of the warnings, albeitin not those exact words, we received.

In recent months conflicting signs have been emerging from the Myanmar government – and president U Thein Sein – regarding the future of media in Myanmar.

Thein Sein attacked the media in a speech broadcast first on the radio, later in government mouthpiece New Light of Myanmar, following riots in the second-city Mandalay that saw 2 killed, 14 injured, a funeral march attacked, buildings attacked and destroyed and martial law declared:

“Amid the political reforms undertaken by the government, there is now freedom of expression in Myanmar, and the media in this country has become one of the freest in Southeast Asia.

However, I would like to warn that those who use press freedom to endanger the national security instead of reporting constructively for the country will face effective action under existing laws,”

While the riots are thought to have been sparked by rumours (later shown to be untrue) that Muslim men had raped a Buddhist woman, the coverage these allegations – and the later attacks – received is what is pointed to for feeding further conflict.

However inflammatory messages and posts by both sides, particularly the anti-Muslim Buddhist 969 movement, are more likely what fed the violence.

Last year (and this) saw continued violence in the country’s western Rakhine state between ethno-religious groups – the Rhohingya and the Arakanese.

The Myanmar government gets such serious heebie-jeebies when it comes to reporting regarding ethnic conflict as it acts as a focal point for further reports about misdeeds by the government, military or their powerful friends.

If it really were to tackle the issues: the grievances felt by the many ethnic communities – who make up some 40 percent of the population, and take up a fair-deal more of the land – it would run headlong into some very angry, very powerful members of a heavily armed group. The army.

These days, just as in the past, generals wield the army as a club, beating down opposition, seizing whatsoever they desired. They also rely on silent void of anything detailing these abuses.

It’s not as blatant in the cities but after a taxi ride with some reporters from the paper there was plenty of “see that house? A general owns that house” or “those buildings, the army owns those buildings”.

Not that ownership was ever conveyed through an exchange of money or contract. The same goes for downtown, so many of the crumbling old colonial wrecks are owned by army or state, not that there’s much to separate the two.

Carving out fiefs, taking houses, farms even wineries, generals could take whatever they could get their hands on. While there is ‘democracy’ now, land seizures throughout the country continue, something that unsurprisingly aggravates the already aggravated and distrusting minority groups.

Not that you’d know much about it if you read the papers. It’s big bad trouble to say anything of the sort.

Four Journalists and the chief executive of the Unity Journal, one of the many small publications based out of Yangon, were sentenced to 10 years in prison just a few months ago following a story detailing claims of a secret chemical weapons factory built with Chinese and North Korean labour secretly on land seized from farmers claiming the Burmese army built a chemical weapons factory, with help from North Korea and China, on land stolen from farmers.

The article, whose veracity has been disputed by a number of sources; some pointed that simply supplying images of a sprawling factory built with a not unusual degree of secrecy (from an already secret regime) and claiming that within the complex of tunnels, pipes and buildings was a chemical weapons facility, was unreasonable.

The long-serving Swedish Journalist and Burma correspondent Bertil Lintner went so far as to say to Vice News “It was a crap report” saying it “was poorly researched”.

No matter whether it was or wasn’t the journalists were charged with revealing state secrets, copies of the newspaper were seized – it no longer ‘exists’ – and the journalists and anyone from Unity Journal were arrested.

The guys (and it was just guys) from the newspaper saw the funny side of the whole thing – what kind of journalist was stupid enough to think they could write something like that and get away with it. Better to not do it at all and avoid the messy business of 10 years hard labour in a prison camp.

In part the article highlighted a great deal of what the government didn’t want highlighted – military secrets, land seizures and an implied criticism of a government where those sort of things go on.

Deputy Minister of Information U Ye Htunt justified the punishment off the journalists (and the criticism that followed) saying “the United States would respond in the same way to these matters”. 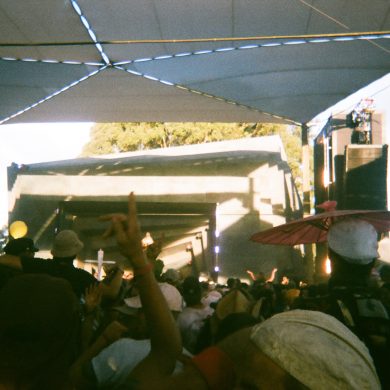