Nothing much ever happened in Christchurch.  That’s the dominant memory of my teenage years, nothing happening.  But on an unsuspecting Wednesday afternoon in early 2011 something did.

I was shopping in Melbourne city when my phoned beeped with a message from my mum.  Earthquake in chch, your sister is okay.  I thought ‘oh another quake’ and dismissed it. In September the previous year a magnitude 7 earthquake had hit Christchurch in the middle of the night, causing structural damage but due to the hour, few injuries. After that there were a lot of small quakes. I didn’t think much of it until I got home a couple of hours later and something made me turn on the TV.

On the screen, the city of my adolescence had been shaken to pieces. What had started with cracks in September had been turned to gaping holes in February. Buildings that had been as much a part of my youthful horizon as the South Island’s Southern Alps were fractured, ripped apart. There was sludge and dust and bricks, so many bricks.  Worse, of course, were the people, trapped, injured, searching, missing, waiting, dead. It was trauma being delivered right into the heart of my lounge room.

I hate our obsession with grief culture. Pushing cameras in the face of those suffering in the guise of news.  But this time I couldn’t look away. That was my city.  I laid claim to it. Those were people I knew in a place I knew intimately.

I watched the TV obsessively as the days passed and the rubble began to clear.  The last of the survivors were found, the dead declared. As the slow road to recovery tentatively began, my shock moved on and allowed grief to settle in. Grief in its turn had to make room for something else. Guilt.

I spent 13 years in Christchurch. It was a small insular city on a big empty island.  When I was 22 I got on a plane and flew anywhere that was away from there. I felt nothing but relief for a long time.

My parents and the majority of my friends had moved away from Christchurch (a fact for which I was never more grateful than in 2011).  I had softened towards it in the years since leaving and even had some good times there when passing through.  But I still held it at arms length and felt a sort of condescension towards it.  Anger as well I guess…residual anger left over from teenage years of being stuck between cliques of kids.  I moved to Melbourne and found a space to fit that I’d never felt in Christchurch.

After the earthquake I took condolences from friends and colleagues, agreed how terrible it was, how emotional.  But inside me was a growing sense of shame.  I felt a fraud in this grief. In the past I had hated that place. More recently I felt merely ambivalent. I looked to my next trip to New Zealand with a sense of inevitable anxiety.

In 2012, I visited Christchurch for the first time after the quakes. It had been almost a year but most of the central city remained blocked off, labelled The Red Zone.  Ghostly tall buildings still standing within it were wonky and lopsided. Houses and apartments abandoned and declared unsafe to return to remained a frozen picture of 12.51pm, 22 February 2011—personal belongings still inside, glass still splintered, lives still shattered.  I drove around where I could and then pulled over under a giant weeping willow and cried.

The tragedy of the 185 lives lost and the lasting trauma of the thousands affected was worthy of grief and compassion.  Yet I felt a gnawing unease grow with every sob.  How could I be entitled to this grief?  Christchurch had been somewhere fixed to measure myself against but I’d never revisited it with any particular relish, or thought of it with favour.  There wasn’t much I missed.  Or allowed myself to miss.  Now it sat like an ache in my heart.

I flew back to Melbourne and felt grateful that all the buildings were safe, the people unscathed and the streets free of liquefaction.  My friends were concerned and interested in my visit back home. But my niggling sense of guilt grew bigger.

When I pictured Christchurch it was still as flatness—physical flatness ringing out as metaphor. Neat little detached houses on quarter-acre blocks in street after street after street.  An endlessly repeated scene of gardens, houses, parks and schools.  I could feel that yearning I had as a teenager, that I was trapped somewhere out of place and the rest of world was moving on without me.

But if I dug a little deeper there was a contrary image.  The beautiful old stone buildings of the Arts Centre I’d gravitated to. The bars, cafes and the theatre where they held Theatresports so late at night that the very hour felt risqué to a 13-year-old.  I could see the old council house where I fell in love with an auburn-haired Fine Arts student. The student flat where I hid later with a broken heart.  And then I could see the iconic music shop, with comics printed on their pink and black paper bags, where I spent hours browsing through second-hand vinyl.

The lack of and longing for live music defined those years most for me. I clung mightily to the few bands we did get, from my first live gig at 14, Crowded House, whose melodic tendrils wound around me and didn’t let go, to standing backstage at a free Hunters & Collectors concert in the park at 19.  I’d looked out over those thousands of heaving bodies and thought: ‘This is it. This is what the rest of the world will be like. I want this.’

Looking back I realise how pivotal those moments were for me. They drove decisions I made for years: moving to Melbourne, studying music and sound, seeking out the heady drug of live events. Those moments were all highlighted by the very environment I felt shackled by.

Maybe Christchurch gave me what I needed after all.  It gave me a place to scrape my feet on so that I could get a good run up at the rest of my life.  Perhaps what I lost in those earthquakes was the chance to revisit the past as I remembered it.  I lost the chance to go back and make peace with my old foe.

In 2013, two years after New Zealand’s worst natural disaster, the CBD Red Zone was relabelled the Rebuild Zone. Six months later the fences were taken down and the guards quietly left.  A new Christchurch had begun to emerge.

September this year marks four years since the first earthquake. I am finally allowing myself time to reflect on the smell of old records in a stuffy upstairs room, the sound of laughter late at night in the Arts Centre’s old theatre and the gnarly musical undertones of youthful hope.

This new Christchurch belongs to someone else, as it should.  I wish them many pivotal moments. I wish them stillness. I hope nothing much happens there for a long time.

LOOKING AHEAD TO MIFF 2019 AND WHAT’S ON OFFER 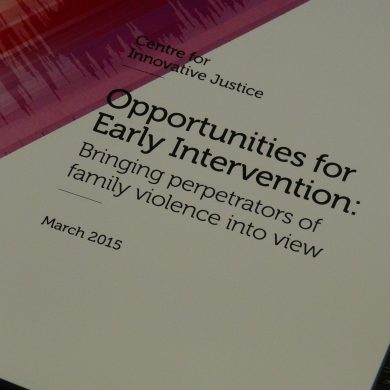