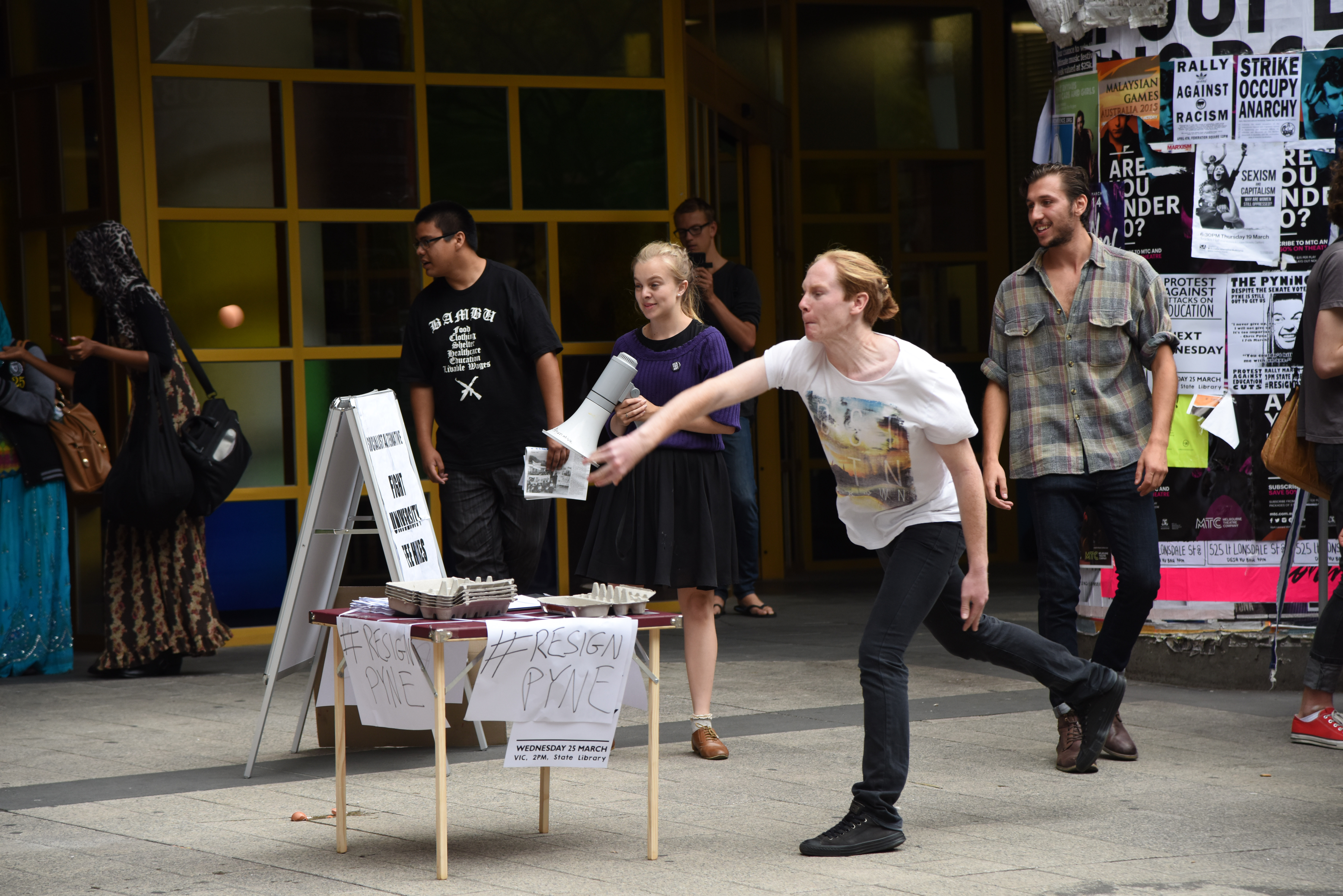 RMIT students have egged an effigy of Education Minister Christopher Pyne at the city campus on Wednesday, after his failure to pass higher education reform through the senate a second time on Tuesday.

“It’s a little bit of a celebration,” said Solah as students were given the opportunity to throw eggs at a cardboard printout of the Education Minister.

RMIT University Student Union President, Himasha Fonseka, said RUSU was not involved in the actions and wouldn’t be able to comment.

The egging was organised by RMIT’s Socialist Alternative and Solah encourages students to attend Wednesday’s National Day of Action to ensure Pyne doesn’t continue to press for his reforms.

In a statement from the Group of Eight –a coalition of Australian universities, of which RMIT is not a part– Chief Executive, Vicki Thomson said Pyne’s changes were crucial to protect higher education and the welfare of students.

“The fact is there are now no impediments to passing this legislation and the refusal to do so will have long-lasting repercussions for students, and the Australian economy,” said Thomson.

Since last year’s budget, the Abbott Government has been pushing for changes to higher education to allow university’s to set their own fees and have students absorb a larger percentage of the cost onto their HECS debt.