RMIT University has failed to reach all the criteria to be a completely lesbian, gay, bisexual, transgender and intersex (LGBTI)-friendly school according to a guide released by the Australian Human Rights Commission.

Launched on Monday, the guide is designed to aid students in finding a university which supports students identifying as LGBTI but has caused introspection among RMIT’s student government and elected officials.

Universities across the country are ranked by 15 categories, including having policies protecting LGBTI students from discrimination and harassment, providing support for gender transitioning students, and students who identify outside the gender binary.

RMIT only completely meets seven of the 15 categories with failed categories including mandatory staff training on LGBTI anti-discrimination and harassment policy, an ally network for LGBTI students and staff, and access to sports facilities for transgender and intersex students.

RMIT Queer officer Mohammad Taha contributed to the guide and says RMIT’s LGBTI policy needs to include more ways for students to report harassment and discrimination, rather than just filing complaints in an online form.

“It’s made extremely tedious for any action to actually happen, so there’s actually no urgency to the complaint system,” Taha said.

Taha said the state of the current reporting system is unfortunate because discrimination and harassment of LGBTI students frequently goes officially unreported.

“Sometimes students…they come to me in tears to describe the kind of discrimination, especially those who suffer, you know, mental illness and that kind of stuff,” Taha said.

“Some lecturers, although they [LGBTI students] repeatedly tell them how they identify, and what name they go by, they [the lecturers] say ‘Well if it’s not on the form, basically, tough’.”

“It’s not enough to just add a T or an I to the end of a policy, you actually have to do something different, and students who are transitioning, students who have a non-binary gender identity require specialised support,” Koonin said on the program.

RMIT’s current policy only deals with gay, lesbian and bi-sexual students, excluding transgender and intersex students, according to the guide.

The RMIT University Student Union (RUSU) runs the Queer Lounge, a space for RMIT’s LGBTI students and their allies, and is lobbying the university for gender-neutral bathrooms to better cater for transgender and intersex students.

“We’ve received good traction on the university front and there is good traction, I guess, in terms of policies,” RUSU president Himasha Fosenka said.

Diving in the Deep

Gender-neutral bathrooms remove the struggle that many transgender and non-binary identifying students face every day when choosing which toilet to use.

Fosenka said RUSU has “been in communication with the Vice Chancellor and a couple of the heads of RMIT” who supported building gender-neutral bathrooms at RMIT’s city campus and said the measure is likely to go ahead.

RMIT lags behind universities like the University of Queensland, which provides scholarships for LGBTI students who undergo hardship; and Curtin University, which has an engineering ally program which places students in LGBTI friendly organisations.

RUSU and the Queer Department are also campaigning to broaden how LGBTI students can identify on enrolment forms, as currently there is a check box for male and female.

“I dislike the checkboxes to begin with, because it shows that there is the male or female and then there’s all these other people,” Taha said. 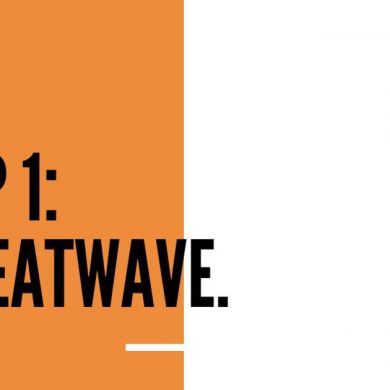