What to expect when you don’t want to be expecting

The internet is rife with articles about abortion– information about how to go about getting one, arguments from those who are pro-choice, protests from the pro-lifers, (will we ever actually know what goes through their minds?) and the stigma abortion attaches to the women who have been through the experience of such a procedure.

The research is there but do women read it? Do they know it’s readily available? Is it possible to know what to expect just from scanning a dense amount of text on a website? What other resources can women turn to, to find out what happens not only during but also in the lead up and following the termination of a pregnancy?

After falling pregnant at 23 in 2009, I made the decision to have an abortion. Despite being a digital native, it never occurred to me to get on the internet and explore the options I had. Instead, I turned to the women in my life. My friend referred me to a local GP, who then referred me to a family planning clinic in North Melbourne. From go to whoa, the entire process took about two weeks.

“Motherhood is an ideology, people like to make women spectacles when they’re pregnant; ergo our child belongs to society.”

My luck in having an easy time going through something many women often find daunting and undeniably traumatic was exactly that – luck. Had I not had the network to assist me in making bookings with doctors and then drive me to my 8am appointment on the other side of town and pick me up six hours later, would I have been able to deal with my experience as well as I did?

Abortion is legal in every state and territory in Australia except for Queensland. Our freethinking neighbours to the north – New South Wales – don’t require a doctor’s referral to book in a procedure making the course of obtaining an abortion even easier. Victoria has a number of clinics which perform abortions, although there’s a higher concentration of them in Melbourne. There is more than one method of abortion offered, depending on the gestation of the pregnancy and the preferred approach for the patient.

Medical abortions are undertaken using medication at home if the pregnancy hasn’t exceeded nine weeks. Surgical abortions are performed as a day surgery, under local or general anaesthetic – most healthcare professionals recommend general – and the physical recovery time is usually minimal.

Medical abortions are usually preferred if the woman wants to go through the process in the privacy and comfort of her own home. A drug called mifepristone– aka the RU486 pill – is administered, paired with another called misoprostol. The pregnancy is miscarried over a period of 24 hours.

So far, RU486 has a 98 per cent success rate, which is only slightly lower than a surgical abortion. It does come with its fair share of side effects including nausea, vomiting, headaches and bleeding and cramps heavier than a normal period.

Surgical abortion is one of the most common procedures performed in Australia – almost 80,000 are performed annually and 34 per cent of women in Victoria who have ever been pregnant have had one. In the lead up to a surgical abortion, women in Victoria are required to visit a GP to confirm their pregnancy and have a referral written by their doctor before they book an appointment at a clinic performing abortions. The GP takes a blood test to confirm the pregnancy and the amount of human chorionic gonadotropin (hCG) in the blood helps to determine how far along the pregnancy is. Once the appointment is booked, it’s time to consider the many other aspects surrounding terminating a pregnancy.

Cost is the first thing that sucks about abortions. For me, the cost was the most painful part of the abortion. In 2009, as an irresponsible hospitality worker with no health insurance or savings, my abortion cost me $308. The male involved in the pregnancy offered to pay half, but the money never arrived. Back then, $308 was over half of my month’s rent and about three-quarters of my weekly wage. Currently, the cost of a surgical abortion stands between three to five hundred dollars, dependent on whether the woman holds a Medicare card, a Healthcare card or has private health insurance.

The aspect of abortion that worried me most was the protesters. Protesters aren’t scary. I mean, they’re essentially a team of senior citizens in bad jumpers.

Medical abortions can cost more than $800. For Melbourne women in financial difficulties, the Royal Women’s Hospital offers a strictly limited amount of no-cost abortions. But the waiting list can be too long to physically afford. Calls have been made for federal and state governments to assist more with the costs surrounding abortions, but in Australia’s current political climate it’s not looking great.

The aspect of abortion that worried me most was the protesters. Protesters aren’t scary. I mean, they’re essentially a team of senior citizens in bad jumpers who feel entitled enough to think it’s their god-given right (see what I did there?) to tell women what to do with their bodies. These people are where free speech fails us. I was worried about the protesters because it makes me feel uncomfortable to be around people who are so delusional in the 21st century they feel abortion is still a form of murder. I’m pretty distrusting of these unstable creatures.

In a cool new development as of March 2014, the Fertility Control Clinic – who have a clinic in East Melbourne – sued the Melbourne City Council over the group of protesters picketing outside their doors six days a week. This group is particularly intrusive, blocking the entry to the clinic and patients and staff cars and chasing them down the street. In June this year, it will be determined whether these protesters are a ‘nuisance’ and are forced to cease their casual activism.

Undoubtedly, the most important detail is the psychological outcome after choosing to have an abortion. Before going through with the procedure, there’s a nurse on hand to take women through a series of questions to make sure that they are certain about terminating the pregnancy.

They are easy questions, not unlike the kind we would ask ourselves before visiting the doctor for the first time after that bloody positive sign showed up on the home pregnancy test. But I am only one woman. I can’t speak for anyone who has experienced abortion, apart from myself. There is no correct way to react after electively ending a pregnancy. Some women, like myself, feel no remorse, no sadness. To women like me, abortion is simply a surgical procedure that means we don’t have a lifetime of trying to raise a child in a volatile environment. The only way to know how other women feel about abortion is to ask them, so I did. I asked some of my friends – all with differing experiences of abortion – what their thoughts were.

The first woman I spoke to was an old high school friend who had undergone a medical abortion more recently. She said she’d always believed she would feel a lot worse emotionally and morally than she did after the abortion.

“I appreciated being able to be really present and aware of what was happening with my body,” she said regarding the procedure, “but I don’t regret my decision for one minute. I had feared it would cause problems between my partner and I, but if anything, it’s brought us close together.”

Another woman who came to me had gone through a surgical abortion at 11 weeks, which is quite late considering 16 weeks is usually the cutoff point. She attended the appointment alone, wasn’t talked through the procedure until she was already administered morphine and doesn’t remember knowing what would happen.

“Nobody from the office ever followed up and I wasn’t given any information about support groups or therapy, which would have been wildly helpful as I have suffered from PTSD from the experience until recently when I decided to speak out about it and feel less alienated,” she said.

“I didn’t think it would be sunshine and roses, but I never imagined how unsupported I would feel.”

Her boyfriend at the time didn’t understand the mental anguish she was going through following her abortion and resented her for it. It played a massive part in the breakdown of their relationship.

I also spoke to a young single mother I met recently, she has a four-year-old daughter. Did she consider terminating the pregnancy when she found out? Was she aware of her options?

“I thought about having an abortion quite late into my second trimester. I never actively sought one out, but there were some days I really wasn’t sure my decision to carry my baby to term was the right one for me,” she said.

She said becoming a mother has been a fantastic personal experience but just because a woman becomes pregnant does by no means make her a mother.

“Motherhood is an ideology, people like to make women spectacles when they’re pregnant; ergo our child belongs to society. Don’t rub our bellies, strangers,” she said.

The information exists but what can a woman really expect should she need to have an abortion? It can be a completely isolating feeling but we are fortunate enough to live in a society where abortion is quite readily accessible and hassle-free. Perhaps the most important expectation to have is there are many other women you can turn to for advice. Don’t be afraid to ask someone.

If you are experiencing trauma or wish to find a counseling service following an abortion, information for these groups can be found by contacting: 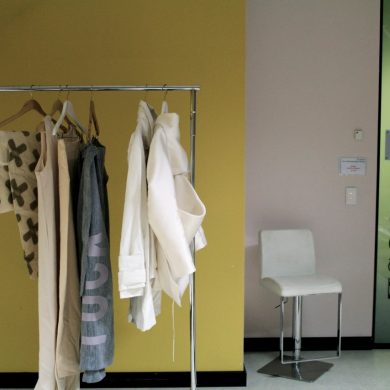