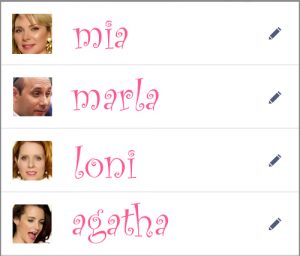 I’m as new to dating as I am to Sex and the City.

I’ve been watching one to five episodes daily for about a month now – drawing parallels, recounting love lessons, building a steady catalogue of S&tC screenshots. Changing my cover photos to screenshots of Mr Big.

‘Dating’. In 1999, the term was used almost exclusively by 30 year old women to describe the trying-on stage of a new relationship. Now, those in our 20s use it interchangeably with ‘seeing’, ‘boning’, ‘sleeping with’, (personal favourite: boofing) etc., despite clear differences; judging progress by social media exchanges.

Lately, I’ve been trying to date like Carrie Bradshaw, with a little help from my friends.

When Mercury was retrograde (astrology mumbo jumbo) I’d resigned to the idea of never doing the ‘love’ thing again. Sleeping with your housemate for nearly a year while mistaking convenience for romantic interest does little to ease the sting of seeing another girl in his bed less than 24 hours after you were in it.

My friends were also sick from the love pickle. For a month, all we spoke about was our mutual cosmic breakdown, i.e. that rare time all four of us had had our hearts broken in the same week and cried about it. Like countless other disenchanted young women, we aligned ourselves with characters from Sex and the City.

When the retrograde ends I think of T, a guy I gave my number to at a warehouse party two months ago but whom contact had fizzled with. It’s now Friday night, and T and I are in my bed after a night at Boney. At 7 am, someone opens my bedroom door to promptly shut it. It’s my housemate. He’s upset thinking that I slept with his ‘friend’ (I didn’t) as a frenzied series of texts explains.

My mum advised me to ‘Never shit in your own backyard’. I did it twice: first by sleeping with my housemate, and then by introducing someone else into the fold. Sadly for me, everyone in Sex and the City is old and organised enough to live independently and to not be shitting in their backyards. Google is no help either.

I take a leaf from Charlotte’s book and take things slow for a while – at least away from my house. I haven’t placed as much value on sex since I was 16, and while 3 dates isn’t 2 months, it’s a good move. Charlotte was right: if you want more than a root and a rude toot out of there, it helps to be old-fashioned. T and I have been dating for over a month now, and talking every day.

It’s Friday and now the second day in a row we’ve spent in my bed – watching Taken 1 & 2, and occasionally leaving to buy food. T’s ex comes up in conversation.

‘She’s an Editor,’ he says. ‘For *Big Name Publishing House*’

The third day marks the beginning of Venus retrograde, a period astrologers say poses challenges to love, relationships and finance.
After our shower, T goes to the kitchen to reheat the previous night’s pasta. It’s gone, and parmesan is sprinkled over the bench in plain sight.
‘Who would do that?’ says T.
‘I think we both know who it was,’ I say, quietly.

Later, I apologise to my friend Marla for not having seen her that week as planned. She reassures me it’s okay: she’s happy for me.

Boyo Land: that honeymoon zone that shoves friends aside to make room for a dude. We’ve all been there, on both sides. When we’re ditched, we make space for our friend’s new relationship. When the relationship ends, we welcome tears and rants.

My love life is exhausted conversation. Each dramatic instalment (‘advice pls’) elicits responses with levels of thoughtfulness and interest dished out only by those few special people: soulmates. Soulmates always say the right thing, especially about that one guy you’re no longer seeing:

If my housemate is Mr. Big, then T is my Aiden. He’s patient, honest, funny, and into spanking, and wears ear plugs to block out my bruxism and sleep apnea. I’ve started talking to him about poo.

Constipation, to be sure. I’ve been constipated now for 3 days. At night, I take a laxative. In the morning, I do a poo. Later that day, I do three more. I message T telling him all of this. Then we’re together that night, talking about poo. Again.
‘One thing I’ve noticed about guys is that they never check the toilet to see if they’ve left skiddies. I mean, whenever I do a nasty bog I know to check for skiddies. Do you check for skiddies?’
‘I think I do.’
‘Well, one time I went to use the toilet after you’d used it and there were skiddies.’
‘I probably just forgot to check.’
‘Told you so.’

I was 14 the first time I fell in love – and discovered astrology. I reached for horoscopes and astral charts to explain forces too mighty for prediction or rationalisation: love, heartbreak, shit behaviour, bad hair. Now that I’m 21, I’m adding friendships and relationships to the list. Both can be sacred, when you find the right ones.