Gender on the Agenda at RMIT

Over 300 Melbourne school students participated in a novel program designed to change their thinking on gender roles and stereotypes at RMIT’s Swanston Academic Building today.

A key point of the day was the difference between Sex and Gender, which Chalk Circle co-founder Michelle Noon stressed in the first part of the day.

The students, mostly aged 13 to 16 but as young as six, were then encouraged to think about how many areas of adult life gender labels impact on, from career choices, expectations and personal fulfilment.

MC Karen Pickering took a selfie and referenced the VMA’s to start the day, but by and large the young attendees were presented with very adult content, and reacted with maturity of their own.

“Now I’m aware of all the different things we do affected by gender stereotypes, I’ll definitely try to do more things that people wouldn’t expect me to,” said one female student. “Like watching sports on TV and barbecuing.”

Later during the panel discussion, Youth Without Borders founder Yassmin Abdel-Magied talked of her experiences with “unconscious bias” during her time as an engineer, encouraging the students to disregard society’s mindset that women can’t hold positions of authority.

“Just because it’s done that way, doesn’t mean it has to be,” Ms Abdel-Magied said. “Deciding who you want to be, and just being that without caring what anyone thinks is most important. Because at the end of the day, you’re the only one that has to care about how you are.”

Ms Noon acknowledged the context of today’s event, saying now was an electrifying time for policy and education around gender.

“People are talking a lot about gender in way they haven’t been before now, so this is a really good opportunity for us to start having those conversations with each other and particularly with young people, who are really open to these ideas.” 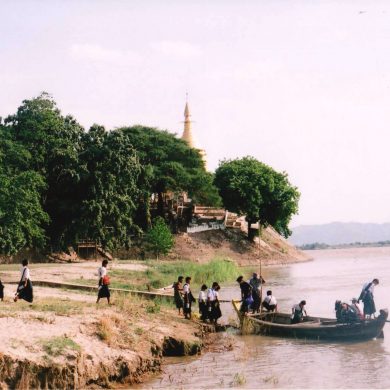