Since then, one could be forgiven for thinking the Skulls have abided by the mantra of “if it ain’t broke, don’t fix it”, with both their following albums Sweet Sour and Himalayan comprising of slow but intense riffs and memorable choruses, easy on the ear for any rock aficionado.

However, their latest work, By Default, promises the start of a transition into a more complex and intricate variation of blues, while still remaining faithful to the style that elevated them onto the world scene.

Lead single ‘Killer’ wouldn’t feel out of place on any of their previous works, however following single ‘So Good’ perfectly encapsulates their desire to venture beyond the constraints of their trademark sound.

Bassist Emma Richardson, whose vocals gave a jaunty, fresh vibrancy to previous hits ‘I Know What I Am’ and ‘The Devil Takes Care of His Own’, takes the lead on a funky, fast-paced jam that draws similarities from fellow countrymen Foals with a simple but irresistibly catchy riff.

In fact, the most disappointing aspect of By Default is that no other song on the album reaches quite as far into the unknown like ‘So Good’ does.

However, album opener ‘Black Magic’ showcases one of the best choruses Band of Skulls have conjured across all their works, characterised by mesmerizing vocals from both Richardson and lead guitarist Russell Marsden, and typically studious work on the drums from Matt Hayward.

‘Back of Beyond’ keeps up this intensity, more-or-less following the same equation of ‘Black Magic’ through its frenetic pace and almost despairing vocals from Marsden.

Coming off the back of ‘Killer’, ‘Bodies’ provides a sudden and relatively unexpected dip in urgency, but the album as a whole benefits greatly from the introduction of keyboards, and it’s hard not to be moved by Marsden’s heartfelt pledge that “your body is nothing / without mine”.

A Chat With Izzy Roberts-Orr

Unfortunately for the trio, what limits By Default from earning a spot in the highest echelon of 2016 releases is the halfway point of the album. ‘This is My Fix’ and ‘Little Momma’ give off the impression of a hastily composed filler section, both musically and lyrically, and feels like two agonisingly slow steps back in the direction of their debut album.

Thankfully, the stirring ‘Embers’ restores some parity, with the subtle presence of synths creating an epic aura as Marsden takes on the persona of someone defeated by love and affection, yet still hopelessly enslaved by it.

‘In Love By Default’ and ‘Singing’ also provide another tease to the listener by drawing closer to the vibes of ‘So Good’, while the album is rounded off nicely by the slow jam of ‘Something’, a reflection of one of the more effective ways the tempo was controlled across the album.

While By Default is by no means a poor record, or even an average one, there’s an unshakeable feeling that something is missing, and some of the promises instilled by the early releases remain unfulfilled.

But there can be no denying that any avid Band of Skulls listeners will still find solace in the many rip-roaring choruses and electrifying riffs scattered throughout By Default, while new listeners can be drawn in by greater variety than what has been provided on any of their previous three albums. 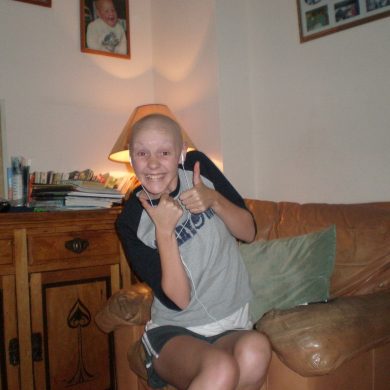