Can I be honest for a second? Train stations suck. They’re like purgatory, a long and open waiting room that doesn’t even offer magazines to pass the time with. Instead, you have to watch the local bogan lose his temper at the Metro staff (which is another form of entertainment in itself). But finding a good train station, one that caters to all your aesthetic and logistical needs, is hard. So I dived into Melbourne suburbs to discover ~The One~.

I wanted to go into this review saying Flinders St station is overrated, I really did. But I couldn’t. Why? Because this station has… everything: coffee, Lord of the Fries, a bloody FLORIST, and their new and improved bathrooms (which are actually sick, like ten out of ten, for real). I just can’t loathe a train station that allows me to pee in a clean environment and buy a bouquet of tiger lilies in the same day. Plus, it’s like a historical masterpiece, brown and yellow and ringing those old clocks (although you can’t see half of it from inside the station now that it’s all covered up for construction). But you know what the biggest problem with Flinders St station is? The fucking potato cakes. They’re the stalest, most pale yellow looking bastards I’ve tasted in my entire life. I’d probably be better off eating a Fillet-O-Fish than that thing.

I have a soft spot for Footscray and its genuineness. I’m familiar with its huge train station, but I’ve never properly looked at it… until now. In many ways, Footscray has become a pretty good station after it was renovated three years ago. It’s modern—mostly grey with touches of colour—and although it doesn’t have a tuckshop, it’s right next to a bunch of cafes. There’s also this long, patterned footbridge that I thought I liked, but upon further examination, I now think otherwise.  It looks like the checkered pencil case you bought at Target when you really liked Fall Out Boy and thought you were the punkest kid in your entire primary school. But guess what? You’re not punk at all, you’re actually more like the Average Joe, so get over yourself and go back to liking cheesy memes that really aren’t funny at all. Kidding! You’re alright. But seriously, that footbridge kinda sucks aesthetically. It was named after William Cooper though, who was an Indigenous leader and activist, so he’s pretty DAMN PUNK.

Caulfield train station is right next to Monash University, so I think we can safely assume it’s an inferior station purely because of that reason. If Melbourne Central, the closest station to RMIT’s city campus, is the God of Metro, then Caulfield is Satan. Now stay with me. Architecturally, it’s dull and old-looking — gum from past years embedded into the concrete, scuffed walls, cobwebs in corners, and some weird netting over the timetable board, maybe to keep away the flock of delirious students who try to tear it off and break it in half while screaming, “WILL THE HECS DEBT REALLY BE WORTH THIS PAIN??!! TELL ME!!” Anyway, it’s a bit like Satan in that way: built to drive you mad. However there is a sweet tuck shop that sells sandwiches and rolls as well as dim sums that’s open till 11.30pm. Satan always has his ways…

I’ve found my one true soulmate and that soulmate is Brighton Beach station. You can see that blue and sparkly sea from the platform, for Christ’s sake. There’s foliage and trees peeking through the bars or swinging over them, and did you know they have two waiting rooms that are JOINED TOGETHER? The brown-bridged statin welcomes you with two sets of giant archways and makes you feel like a goddamn royal too. I don’t even mind that there’s no tuck shop. Why would you need a stale sausage roll when this station is practically enlightenment itself? When I look along the platform, my heart flutters: it’s fucking clean. No trash, ANYWHERE. Just stone-potted bushes and vending machines that actually function.

Is this what heaven looks like? I’m taking one last gaze at the ocean when the staff pull me away and throw me on the train back to the city. “Please… no.” A single tear rolls down my cheek. “Mind the gap,” they warn. Yeah, I’ll mind the gap, the gap between me and Brighton Beach station…

ALBUM REVIEW | SORRY I LET IT COME BETWEEN US BY SASKWATCH

Clifton Hill is the epitome of a waiting room. The moment I saw the station through the train windows, I knew this wouldn’t end well. For one, it was generic: boring bricks, straight and short parallel platforms, a green bench every metre or so. On one side, a normal residential street; the other, a huge main road with nothing but cars zooming past. What a riveting and ethereal view of Honda Civics and tradies in utes! Sure, their customer service hub might be inside a room with sliding doors, but that room is probably the size of one of those Honda Civics with even lesser seats in it. Everyone on the platform seems to have their guard up, like something really bad happened to them at Clifton Hill station once and now they refuse to acknowledge their fellow commuters’ existences. Whatever it was, it probably wasn’t as a bad as the weird tunnel they have connecting platforms. It’s lined with flickering fluorescent lights and makes me feel as if I’m walking through a portal to the next nightmarish parallel universe AKA Clifton Hill’s next platform.

Going into this, I hoped I would find one station that looked like it was in the middle of fucking nowhere. Burnley station was my answer. It all started when the train began to enter the industrial area, rolling past dry bits of grass and weeds, graffitied grey walls, until finally: Burnley. The station is sandwiched in between buildings with peeling paint and a bunch of trees that obscure the street behind it, with huge trucks going past on the bridge that arcs over the station. The tunnels, though painted cream, feel like bunkers (they’d be perfect to hide out in, just saying, and shout out to all the fugitives reading Catalyst). The waiting rooms, though cleanly and separated from the platform by a sick sliding door, generates that weird buzzing sound in your head that you’re 85% sure is being used as a subliminal messaging technique, but you’re also not sure because it could just be the cheap fluorescent lights (probably the latter). The only signs of life on Burnley train station are flowers and the memory of “STOP LOGGING OUR WATER CATCHMENTS” painted onto a parallel building. What are these things doing in BURNLEY of all places? Save yourself while you can. 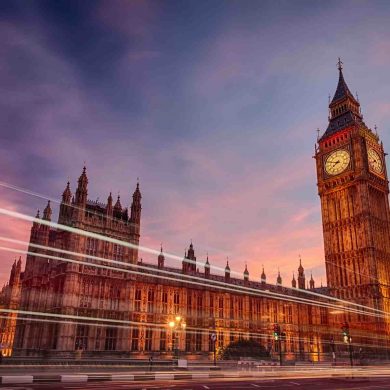 Postcards From London: The Exchange Change