A Chat with Hera Lindsay Bird

To know the poetry of Hera Lindsay Bird is to understand what it is to simultaneously laugh and cry hysterically into the void (and how much Monica Geller of the TV show Friends sucks). Her poems are about everything from Keats to ancient Greece to bisexuality to the bliss and anguish of being in love. We sought her wisdom in light of her appearance at this year’s Emerging Writers Festival.

Lisa Divissi: How would you describe your poetry? What do you say when people ask you about it at parties?

Hera Lindsay Bird: I usually tell people it’s pop culture with a lot of military history jokes I don’t understand but feel compelled to make because I love catapults and chainmail so much. But what it actually is, is a straightforward collection of love poetry with a lot of similes and dirty jokes in it. I don’t really tell people this at parties, because I go to very few parties. I also try not to describe my poetry to anyone if I can avoid it because I’m not a total moron, but since you’re asking specifically……..

Do you find there is a difference in the way your poems express themselves when read to an audience than straight off the page?

I don’t think there is a difference, but other people seem to think there is, which I suppose is the important thing. I hear everything read in my own voice because I wrote it in my own voice. I wish I could hear it in the voice of Scooby Doo instead but that would take a mental ventriloquism I’m way too lazy for.

Your poems seem to be reactions to conversations or encounters you have in life; what is your process for writing poems? Do you write about the events as soon as they happen or do they float up from your memory as you are writing later on?

It depends. Usually I write from a list of titles which I keep on my phone – the majority of which are based on everyday occurrences but sometimes also come to me when I’m drunk or watching Survivor. I usually leave them to sit for a while, and if I’m still interested in them a couple of months later I’ll use them for a poem, but that’s more to do with not always having time in the moment than anything.

Is there a story behind your poem ‘bisexuality’?

I often find the contemporary dialogue surrounding sexuality to be overly earnest and worthy sometimes and that poem was a way for me to be able to talk about my personal experiences while also being able to be totally camp and self-indulgent. So much of being queer is having to negate other people’s preconceived ideas of you, but I always resent having to do that and prefer to live up to as many bad stereotypes and prejudices as possible.

How do you personally cope in the face of the world as a giant dad joke (as detailed in your poem The Dad Joke Is Over)?

Well the mother joke is actually the sinister part of that poem! In my mind, the concept of the dad joke represents a kind of nostalgia and the mother joke represents the century after the apocalypse when all the tractors are coming back to life and the malls are filled with wild deer so I’m not sure which joke we’re living in now, but the poem was more to do with humour than a critique of gender roles or whatever. Actually, the poem was written because I once had to explain the concept of the dad joke to my mother, who looked hurt and asked why there wasn’t a mother joke, and I thought that my mother asking why there was a father joke but no mother joke was the best mother joke of all, and then just like everything else I took it too far and turned it into poetry. To answer your REAL question, I do the same thing as everyone else which is suspend my disbelief long enough to get through the day, don’t plan for the future and try to enjoy myself before death comes for us all

Which other poets’ work do you find exciting at the moment? We’d love some recommendations!

Who are you most excited to see at Emerging Writers Festival?

The Emerging Writers Festival will take place from the 14th-23rd of June. More details can be found here. 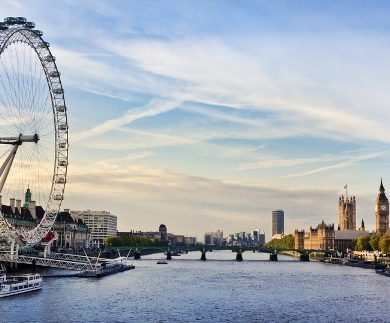 Postcards From London: A Virtual Visit