Josh Wade on Him, Himself, and Cunny

Storming into Melbourne on his Australian Tour is the hilarious and sharp-witted comedian, podcaster, presenter, and internet star, Josh Wade. It’s not just Josh that you’ll get to see on tour, though; he’s bringing his witty alter ego, Cunny, along for the ride. Having been inspired by the likes of Ellen Degeneres from the young age of 13, Josh started performing Australia-wide when he was just 15. Shows under his belt so far include the well-known ‘Shit Aussies Say’ and ‘The Cunspiracy Podcast’, featuring fellow Australian comedians such as Frenchy & Neel Kolhatkar.

Everyone has to start somewhere, and for Josh it started at the local Townsville pub. After forcing his mother to drive him to there, the well-underage Josh performed a few homemade jokes to four drunk blokes who seemed less than impressed. Regardless, he had no shame.

“I later realised that these blokes were here to escape their own 13 -year-olds back at home, and here I was, a 13 year old with a microphone,” Josh says. This first experience performing to a crowd, even if it were four old drunk men, taught Josh the importance of being able to relate to his audience. “I realised that the only way to connect with them was to speak like them,” he explains. “I believe that it was the word ‘cunt’ that actually got me out of Townsville!”

You could say that Cunny has been the master throughout most of Josh’s shows and videos. Despite the idea that Cunny is Josh’s “failed-at-life” alter ego, he’s actually an incredibly personal part of Josh’s performances. “He is basically everything that I could have been if nothing worked out,” Josh says.

This projection was made easier by tapping into his childhood experience. “You name it, I’ve seen it. Domestic violence, everything,” he says. Josh prides himself on his ability to “leave no topic unopened or left out.” Politics, current affairs, and world events are all on the table. The fact that he’s so brutally honest and carefree appeals to his millions of fans around Australia, and the world. “I say it how it is, because there are so many aspects of society where we are lied to. And I think people just really appreciate someone calling ‘bullshit’ and saying it how it is,” Josh says.

Although, no matter the topics discussed – or in Josh’s case, mocked – there’s always the scary thought of the audience “not finding something funny.” Even with over one million online followers, Josh admits there’s immense pressure to “remain fresh and exciting.” It “often takes (him) a whole notepad plus up to a year to make one show.”

Without giving it away, Me, Myself and Cunny is Cunny’s finale. Through his time, he’s played some pretty incredible roles – from running for the ‘Straya Party’ in the US Presidential Election, to driving for Uber. The life of Cunny is the key focus of this show, touching on every aspect of how he came to be the man that he is today, alongside the inner battle between Cunny and Josh as conflicting characters. Josh himself describes the show as “honest, yet at times upsetting,” due to the brutal honesty which he employs to touch on real life scenarios.

“I can promise a whirlwind of emotions, because the show is not what you’d expect. There’s a big surprise,” Josh added. But if that isn’t the recipe for an absolute killer show, then what is?

Me, Myself and Cunny is playing at the Toff in Town tonight and tomorrow. Click here for more info and tickets. 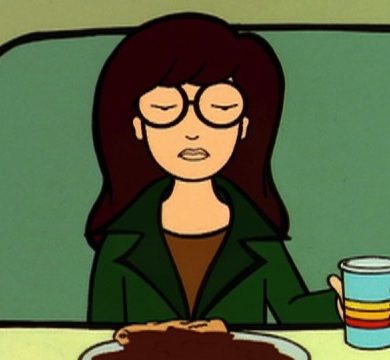