Geoffrey Rush plays the mercurial Alberto Giacometti whom the film is based on. Tucci explores how James Lord (Armie Hammer), an American journalist, befriends the Giacometti brothers Alberto and Diego (Tony Shalhoub). In his last week in Paris, James is asked by Alberto to sit for a portrait. Alberto insists that the process will only take a couple of hours at most, and James is flattered and honoured to be asked. Thinking it’ll will be a great way to end his trip, he agrees to model for Alberto. Little does James know, this portrait will turn into a two-week endeavour.

Here, Tucci weaves a tale of hope, despair and humour. Set against the gritty backdrop of Paris in 1964, his muted grey world has a certain melancholy. This achingly subdued setting is acknowledged with tenderness when Caroline (Clémence Posésy), his current muse, exclaims “hello my little grey one!” when visiting Alberto in his cluttered studio. Her hyper-bubbliness is a stark contrast to Alberto’s former muse and current wife Annette Arm, played by Sylvie Testud.

The risqué relationship between Alberto and Caroline hints at the romance of the era. While the film doesn’t shy away from the duress that revolves around Alberto, it does so with a black humour that can’t be forgotten.

Tucci has created a film that highlights the darkness that often haunts great artists. He creates moments that are both beautiful and uncomfortable. There are scenes where the camera is uncomfortably close to Armie Hammer’s face – lingering shots look beyond his beauty, and allowing the audience to see the human beneath the surface. These shots show the intensity and poetic contrast of the methodical process of creating a portrait, and these scenes bring a greater understanding to the difficulty that comes with creating great art.

“Come float with the clown, IT will haunt your dreams”: IT Film Review

Geoffrey Rush is impressive in his portrayal of Alberto Giacometti. Not only do audiences forget that Rush does not speak Swiss Italian, we readily believe Rush is an artist. Armie Hammer is also superb as James Lord. Hammer displays the nuisances of Lord’s internal struggle of wanting to be a part of this great artist’s work, while also dealing with the reality of his everyday life. He portrays these emotions with finesse.

Final Portrait is a film that will make you laugh, ponder the concept of money, and question true affection – all in the span of ninety minutes. 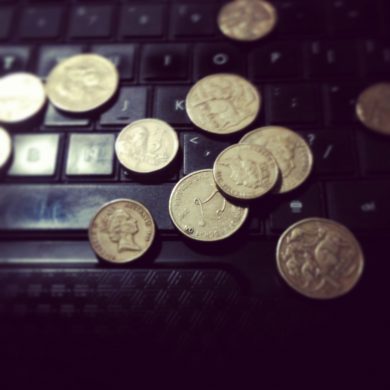