What to do this weekend: Melbourne International Youth Film Festival

This weekend sees the first ever running of the Melbourne International Youth Film Festival (MIYFF). The two-day program will showcase 25 of the best short films from around the world, created by film-makers under the age of 25. The inaugural event features films from 16 different countries, including six films by Australian filmmakers. MIYFF opening night will present eight Australian and one wWorld premiere, followed by an additional nine Australian and one wWorld premiere on day two.

The film festival features a wide variety of shorts, spanning from animations to live-action drama, black -comedy and more. I sampled a few of the films to give RMIT Catalyst readers an idea of what is on offer.

One of the joys of short films is diving straight into the depths of characters’ lives. The minimal time film-makers have to develop a relationship between these characters and the audience is a test for a well-made piece. Black And Faulty, a live- action comedy from writer-director Marko Dzambazoski, is excellent at immediately creating relatable and understandable characters through Dzambazoski’s careful set design. The opening scene in one character’s living room perfectly represents the lifestyle of the two men in the film and allows for all the resultingfollowing action to make sense. The Macedonian film perhaps plays out the way one would expect, but is funny and clever in doing so.

Scene from the Men’s Toilets at a Ceilidh (written and directed by Louis Norris) similarly sets the scene from the first note of the Scottish jig that plays in the background of the entire film. This is a very sweet and emotional film about the struggle to come out as gay. Actors Ben Walsh (Rory) and Joe Sefton (Dan) are wonderful at expressing their character’s feelings through emotion-ladendripping words and powerful facial expressions and body language. The occasional line of dialogue is difficult to hear as the toilet door is opened and the Scottish music gets louderloudens but regardless, this film is a beautiful and relatable representation of the difficulties many same-sex, and many straight, relationships face.

The festival has films that address all ages, including the coming- of- age comedy Fuck Les Gars (Screw The Boys) from French Canada. Co-written by Marie-Andrée Brière and co-writer-director Anthony Coveney, the eight-minute short stars Emilie Bierre as sixth-grader Anaïs, who declares war on all boys after her boyfriend dumps her. The film has all the humour and passion of primary-school dramas and is an enjoyable watch.

There are 11 animated films in the program, including Croatian Saurn U Lavu (Saturn In Leo) and Australian film 184 Cups of Tea. Both are beautifully illustrated films that utilise the huge creative potential animation provides.

Saturn In Leo, by writer-director Anna Šagadin, is billed as a sci-fi film about isolated creatures, each in their own world spending their day’s completing monotonous tasks in search of meaning, however the dialogue-free film is absolutely open to interpretation. It also can be a story about life and creation, existence, and control.

184 Cups of Tea, from writer-director Lauren Hunter at the Victorian College of the Arts, is a powerful expose of a 20-year-old girl’s battle with her important life decisions. A film that is addressed to her absent father, it feels intimate and private and the details are almost uncomfortable to hear. Here lies some of the power of the story which, if possible, really values from a second viewing. The writing of the story is great in its succinct nature that drops easy-to-miss clues to deeper aspects of the girl’s life. It is essential in short films that time is not wasted with unnecessary dialogue, and Hunter achieves this with every word contributing to the development of the four-minute story. Hunter’s narration of the tale is the only negative, with her tendency to drawl and trail off sentences or add emotions and inflections at the wrong times, making the story more confusing and less pleasant to listen to than it needed to be.

The inaugural MIYFF is entirely organised and run entirely by RMIT students, and is facilitated by co-founder of the Czech and Slovak Film Festival and Melbourne’s Trans and Gender-Diverse Film Festival Cerise Howard. It is the only festival solely for young film-makers in Melbourne. Opening night begins at 7:00pm this Friday night, and the festival then continues over Saturday afternoon and evening. Saturday night will feature an awards ceremony to present prizes for Best Short Film, Best Australian Short Film and Best Animated Short Film.

ALADDIN: A WHOLE SAME WORLD AND A NOT SO WHOLE-SOME EXPERIENCE

For the full program and more information, follow this link: https://miyff.com.au/2019-program/. 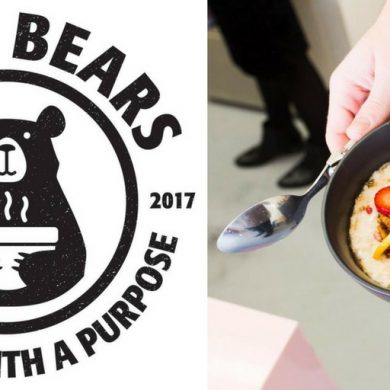 Changing the World, One Bowl at a Time