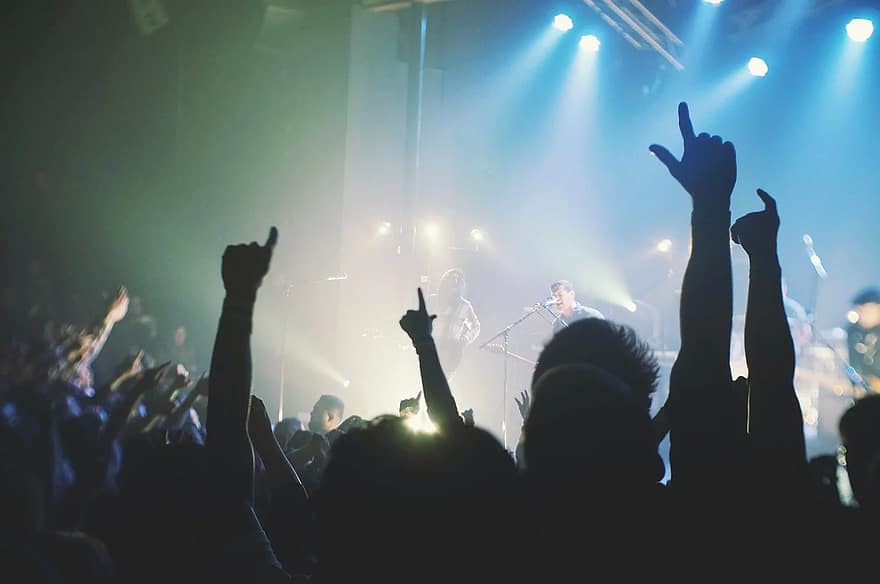 The Future of Live Music

From the blasting sound of mega-famous artists performing at AAMI Park, to indie locals bringing to life historic and ageing city venues, live music can be defined as the lifeblood of Melbourne. To many Melburnians, a Friday night gig at The Forum diffuses the exhaustion of a gruelling work or uni day, whilst a one-night-only concert at Rod Laver Arena represents a long-awaited romance. But with prolonged restrictions and the loom of a pandemic on the city’s shoulders, the possibility of another live show invites unavoidable naivety.

Prior to our first lockdown back in March, live shows in Melbourne were business-as-usual, with a gig guaranteed somewhere in the city every single night. As an avid music fan myself, 2020 welcomed excitement for my first ever over-18s-only gigs, a keen difference from emailing band managers to include all-ages shows (sorry, Gang of Youths).

The year didn’t hesitate to get right into it, kicking off with Mac DeMarco’s ‘Here Comes the Cowboy’ tour at Festival Hall, a show in which I was privileged to attend before everything headed south. The American indie legend played to a sold-out crowd that reeked of pure adoration and weed. Between beloved tunes, ‘My Kind of Woman’ and ‘Chamber of Reflection’, a sense of community came alight, with Melburnians from all over the region uniting for this musical experience.

Eagerly afterwards, the beginning of the 2020 music year prematurely flourished. The annual string of live shows at the Australian Open continued with performances by Bastille and Cub Sport, and weeks later, UK artists Charli XCX and The 1975 headlined St Jerome’s Laneway Festival. And then, the ‘Rona.

The initial shut-down of live music threw a massive punch to Melbourne musos. This meant an uncertain stream of income and a foreseeably unfixable lifestyle change. For their vehement supporters, new restrictions meant cancelled or postponed events; undesirable refunds of tickets; crippling hopes for a 2020 Splendour; and lost dreams.

Though, the destruction of live music due to the pandemic has not only impacted music fans. In a 2017 census conducted by Music Victoria along with the City of Melbourne, RMIT and Collarts, it was reported that live music brought in $1.4 billion in 2017, an increase of 16 per cent from 2012. In this statistic alone, it is pertinent just how important live music is for the city’s economy. The 2017 report also found live music attendance was higher than the AFL, Spring Racing Carnival, A-League, and other sports altogether. Although our equally-beloved sports scene could be salvaged from the depths of the pandemic, there still exists the void of lonesome stages and empty mosh pits for Melbourne music fans.

But it isn’t all pessimistic.

Melbourne artists have resorted to virtual gigs and impromptu livestreams, connecting with fans through social media. Back in March this year, the Melbourne Symphony Orchestra broadcasted a show from Hamer Hall on YouTube, playing to a live virtual audience of over 5000 people and accumulating 35,000 views the next day. Although the orchestra’s managing director, Sophie Galaise, had mentioned a missing ‘part of the energy’ created by a usual audience, the livestream was able to reach viewers from all around Australia and exceed the capacity of Hamer Hall. There have also been other creative endeavours to temporarily replace live shows, with Aussie surf-rock duo Hockey Dad set to play a drive-in concert in Wollongong this October.

You can argue the switch from performing to sweaty crowds, to playing sets behind a screen, has enhanced commonalities between the performer and their fans. In a livestream, fans are able to post comments and performers are able to respond, transforming the performer-fan hierarchy within a normal live gig. However long we have to endure livestreams can also only grow the excitement for eventual real-life shows – so I guess that’s also a positive.

There is hope, however, with small gigs slowly-but-surely resuming around Australia. Take garage band Spacey Jane for example, who have been able to rebirth their 2020 album tour by performing for smaller crowds around Western Australia. We are getting there.

So, the future of live music in Melbourne is a bit unpredictable. In an introvert’s dream, we may attend future gigs that enforce heavy social distancing, or to a hopeful mosh-head, we may even see live shows coming back next year.

But for the exhausting, grateful now, support your local artist, band or DJ. Listen to their music; watch their livestreams attentively; hold onto postponed tickets; buy some merch; and most crucially, hang in there.