So, there’s a good chance that anyone reading this has at least once passed through Southern Cross Station on Spencer St, right?

Well, for a lot of us our only real exposure to it will have been from inside a train as we passed by on via the city loop, although I am willing to bet that even some of the people who go through there semi-regularly might not know about the giant shopping mall attached to it.

Hell, I didn’t spot it until the second time I passed through there.

That’s right, Southern Cross’s northern mezzanine floor backs directly on to the Spencer Outlet Centre, which is a fairly large collection of outlet stores with a smallish food court and a Coles downstairs.

The stores tend to be focused mainly on fashion, as most outlet centres are, but there’s some other stores to have a look at. A hot tip: you can pick up $60 Converse Chucks from in there. If you’ve found somewhere cheaper, drop a line in the comments … uh … I’m asking for a friend.

At any rate, this is just about the same as any other Outlet Centre around the country, so it’s nothing spectacular, but knowing where you can get your hands on cheap homewares without sacrificing too much quality, or find yet another discount book store, is a good thing in a new city.

And, hell, it’s literally on the train line, so there’s a convenience factor as well.

Now, for a place to eat this week, I finally caved and will be telling you about what is generally considered Melbourne’s worst kept secret place for great dumplings.

Head down Swanston St, away from RMIT, and turn in to Chinatown (look for the big red gate). On your left keep a lookout for Tattersalls Lane and head up it. You’re looking for a dingy blue building exterior and inside you’ll find the Shanghai Dumpling Restaurant.

The service means well, but isn’t that great, the interior is dingy and gets pretty crowded at meal times, but the food is excellent and cheap. Especially cheap.

ART-traction: The Art of Photography

You can feed yourself pretty well for clear under $10 and their dumplings are really tasty, so give them a whirl.

I’m serious about the crowding, though. Try to go there any time other than peak restaurant hours.

As always, come back next week to see what I get up to over the Easter break, stay safe and happy on your own, and if you have any suggestions, drop a comment down below. 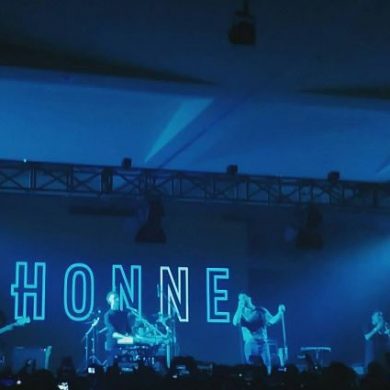 Review: Honne at the Corner Hotel