Your average 14-year-old girl would ordinarily be in high school focusing on studies, sport, and socialising with friends and family

During her illness she spent a large amount of time in the hospital, sharing memories with a Melbourne based organisation for children with cancer called Challenge

She began chemotherapy treatment in September, a month after her diagnosis, which was a very tough experience for her

When asked about the hardest part of the treatment, Jacynta said the chemo was the worst

“The actual cancer doesn’t make you so sick, I was lethargic and a bit run down, but I had a lot of bad luck with the chemo – everything that the chemo brought on was bad news

“You just got used to constantly feeling nauseous, not being able to move, muscles not functioning, just horrible stuff,” she said

Jacynta said ‘chemo brain’ is a way of thinking produced by the treatment, which caused her to think “horrible thoughts” and feel unlike herself

“The day they find a better way to cure it, it will be amazing,” she said

Jacynta was heavily involved with Challenge, which allowed her to see the light at the end of the tunnel while she was struggling with cancer and chemotherapy 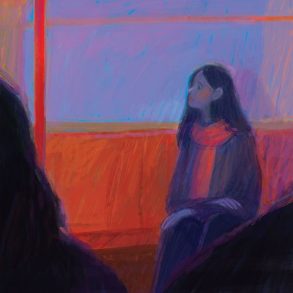 Get Involved at SYN!

Procrastination: The Bane of Every Students Existence