I Don’t Believe in Winx Club by Samantha Winnicki

Blessed with a TV and terrible daytime programming, I tend to resort to ironic television viewing. Much of my regular viewing consists of children’s entertainment and really bad shows like The Voice and The Big Bang Theory.

On weekends, I watch Winx Club.

Winx Club, for the uneducated, is a show about some really fashionable 16 to 17 year-old girls who are also fairies. They save the world and have boyfriends and form strong friendships and are super girly. In each episode, there is some horrible enemy they need to beat. The fairies do this with powers such as:

And the list goes on. The girls of the Winx Club have tiny little spindly arms and legs – which is what beautiful looks like – and wear skirts and dresses so ridiculously short that, if they were to bend over, you would see their entire vagina, even if they were wearing underwear. I have interpreted this as an example of them displaying their sexual prowess. Because all boys love legs, they have to show as much leg as possible. What’s more, you are not allowed to be fat, for fear of insult:

Bloom: We got you, Stella!

Musa: And I didn’t mean anything by calling you plus-size.

Another important facet of this delightful show marketed at young girls is the characters’ incredible dependency on their significant others (who, 100 per cent of the time, are big, muscular and manly):

Princess Stella: You saying that makes me feel beautiful!

Every episode, flying around in their short skirts, the Winx Club prevent a horrible tragedy from occurring. But they always end up in the arms of their men. In one episode I watched, a Winx Club fairy refused to help save the world because she was worrying about what her boyfriend had to tell her later that day.  She proceeded to be royally bothered at her friends for not caring about her and her boyfriend; because her friends had to, like, save the world. You know how it is.

(For those keeping score, the issue was resolved in the end. He asked her to be his “forever girlfriend”. It was all very romantic.)

Having read all this, let’s put on the cute shoes of a 12 year old girl: what does this show tell us?

1. You are capable of saving the world … if you are a fairy.

2. You’re not capable of happiness or beauty unless you have a boyfriend.

3. Your boyfriend comes before everything, including saving the world and your best friends.

5. Your boyfriend must be big and muscular and manly (and look significantly older than you), or else you have failed.

6. Short skirts and dresses are key. Everyone must almost see your vagina.

7. If you don’t have the tiniest, stringiest arms and legs, you’re “plus-size” and hence not accepted.

8. You are submissive to your boyfriend.

9. Even if you’re evil, you still need a boyfriend. And to be submissive to him.

10. Pollution and robbers are super evil.

We all talk about feminism as if it’s the most obvious thing in the world; but, the more I’ve talked to people, the more I’ve started to realise that a large amount of women really do want to abide by these old school rules. If you don’t believe me, consult the best-seller Fifty Shades of Grey or listen to how it has ‘transformed’ the lives of women. Then come back and tell me that women seek to be equal.

I kind of feel like Winx Club tells us some horrible things. Essentially, it tells young girls that they can’t feel fulfilled unless they wear really short skirts and makeup, possess hunky boyfriends and wield fairy flower powers. It is one thing to, as an adult, look at the facts logically and say that feminism makes sense; and yet, perhaps we underestimate how influential television can be. I can’t help but think that certain ideas in women’s heads can be traced back to shows like Winx Club. Maybe, we think, it’s actually OK to only want to impress a man? Even though we are pulling off some super-cool fairy magic shit?

The feminist cause is not going to prevail if we continue to present young girls with stuff like Winx Club, Bratz Dolls and those new shitty Monsterz Dollz (is that what they’re even called?). Young girls will soon become young women, and some will inevitably come to believe that seeking the manliest partner and wearing a short skirt should be their highest priorities in life – closely followed by saving the world with magic, of course. 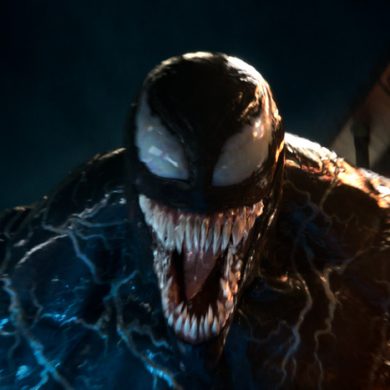