Last year I was told a story about Lavinia, a young Aboriginal women and her quest to seek out a fight. Lavinia’s thoughts and actions were broadcast over Facebook, so that all knew she was on her way to confront another young woman with whom she was having a disagreement.

Ultimately she lost the fight, was knocked unconscious and admitted to hospital. This outcome, however, brought her no shame—in fact she was proud of her actions and the conflict was brought to a satisfactory conclusion. In non-Indigenous Australian society the expression of anger through aggression and violence is considered unacceptable and to me Lavinia’s course of action seemed entirely foreign. However, this story and my own experiences with other cultures led to me question my assumption that aggression and violence are inherently bad.

Anger and its expression through violence is a base human experience that can be useful in communication and in dealing with conflict. Even though violence is common to all human beings, there are great differences between how cultures govern its use.

Professor Victoria Burban, senior research fellow at the University of Western Australia, has worked extensively with remote Indigenous communities in Arnhem Land. Burbank first became interested in aggression when she visited the community of Numbulwar, in South East Arnhem Land in the 1970s, and found it was something everybody talked about.

“Whether somebody is engaged in a physical fight with someone or walking around talking in a loud voice about something, they are bringing the dispute to the attention of the community,” Burbank said.

Like Lavinia’s story, Burbank says aggressive behaviour is not a shameful thing. “As a white, middle-class American woman, something that really struck me about the conversations was that the people didn’t talk about it as shameful, it was an accepted part of life. They didn’t talk about the actors as shameful and when they were one of the actors, they weren’t presenting themselves in a negative light, in fact sometimes they really manifested a sense of pride in what they had done.”

In Numbulwar and in Indigenous culture more widely, Burbank said there’s an expectation that when you’re angry you express that anger either verbally, physically or even ‘supernaturally’. In Indigenous culture there is a certain gender equality that comes with the expression of anger, which doesn’t exist in non-Indigenous society. The way in which women express anger is the same as the way men express anger. As a white American woman, Burbank said she was taught not to express her anger—an angry or aggressive woman was perceived as something negative. In non-Indigenous Australia aggression and violence are considered a male attribute, while old stereotypes of the passive woman remain.

These differences in the way we express anger and deal with confrontation can lead to serious misunderstandings. “Non-indigenous people see what’s happening or hear about it and they think this is illegitimate behaviour, we do not accept violence and we don’t even like verbal aggression, so we think this is not acceptable,” Burbank said.

These kinds of behaviours, however, couldn’t exist without social and cultural structures that sit alongside them and ensure violence doesn’t go too far. In traditional communities life takes place in public so everyone knows what’s going on and people are able to intervene. Remove the cultural practices from their traditional setting and the management of anger and violence can become more difficult. In an urban setting it is much more difficult to know what is going on inside homes and other buildings.

Burbank also stresses that alcohol in communities changes the dynamics of community life. Not only because those who drink can become more violent but also because the people who should be intervening may be unable to do so.

A 2013 study published in the Journal of Organizational Behaviour looked at the psychological structures of aggression across cultures. Researchers explored the underlying differences in the perception of aggressive acts, both verbal and physical, as well as direct and indirect, by exploring the universal and culture-specific dimensions of aggression. The study was a collaboration of universities in the USA, Poland, UK, Israel and Japan, and researchers found that concepts of honour, dignity and face affect an individuals’ construction of aggression

In ‘honour culture,’ aggressive behaviour was found to damage self-worth, whilst in a ‘face culture,’ harmony was emphasised in order to avoid negative consequences. The study considered many Middle Eastern cultures as having an ‘honour culture’.

Yousef Alreemawi, co-founder and director of the Averroes Centre of Arab Culture, said that in Arab culture “fear of shame controls your life” and that impacts the way in which an individual expresses anger. Alreemawi said there are two different types of shame; there is haram, meaning religious shame and e’ib, meaning cultural shame. Bringing e’ib upon yourself, by breaking the cultural rules, is much worse than haram. “You can always make it up with God later, but if you do something e’ib, you might never get married or be accepted into society.” These cultural rules prescribe how one should express anger.

For example, Alreemawi explains that as a man you cannot say a swear word in front of your mother or sister. “It’s unacceptable to use a bad word in front of a woman, it’s very impolite. Your respect and image is lost. It is socially unacceptable. And for a woman to say it is even worse.

Arab women are very creative in their expressions of anger and sadness, but cannot use words with sexual reference.” These rules vary greatly between social situations, particularly between the private home and the public street. In a male-only situation, amongst friends, you can be more physical and much rougher language can be used. In this way behaviour is monitored to ensure an appropriate level of harmony is maintained in society.

One common cross-cultural misconception is misreading speaking loudly and gesticulating wildly as aggressive and angry behaviour. When I had my first taste of Arab culture, I was often confused and intimidated although I knew the language, because I misinterpreted emotive actions as anger. Herein lies one of the pitfalls of translation,  which is not the application of simple formulas but rather a complex act that is dependent on many other factors, especially cultural understanding. In Arab culture, speaking in a raised voice doesn’t automatically mean a disagreement is taking place. An Italian in the Middle East may find confusion as the hand gesture, which signals disagreement in their homeland, means ‘take it easy’ in Arab culture. All communication in Arabic relies on expressive behaviour which can lead to the perception that aggression is commonplace in Arab culture, whereas the reality is that strict rules apply which control the expression of anger.

At the other end of the spectrum lies Japan, which the study describes as a ‘face culture’. The concept of ‘face’ culture is not dissimilar to ‘honour’ culture, in that there is an emphasis on dignity and the perception of oneself toward the rest of society. In Japanese culture, conflict is dealt with indirectly.

Norms of modesty, humility and self-control pervade and direct aggression is rare. Unlike Arab culture, in which expressive behaviour is the norm, Japanese culture encourages emotions to be contained and facial expressions and gestures are used very little. These structures apply whether in a social setting, such as between family and friends, or in a business setting.

Miyuki Ikeda has been a Japanese-English translator for over 12 years, and moved to Melbourne in 2007. She said, “We look like we don’t get angry or feel sad, but we actually do.” Of course Japanese people feel anger, though Miyuki explains that in Japan direct confrontation or disagreement is always avoided. “It is very rude to say no, you always say maybe, or I’ll think about it, but that actually means no,” she says. “If I ask a friend to go to the movies with me and they say maybe, that means no,” Miyuki said.

Miyuki also tells us Japanese people never contradict their superiors in a business setting and will rarely say anything in a meeting. When Miyuki first came to Australia, she was surprised that people raised their voices in a meeting. She said, “In a business situation in Japan it’s almost impossible for a subordinate to say no to their manager. Even if they are obviously wrong. If it’s black and your manager says it’s white, then it’s white.” To raise your voice or to speak in a blunt manner in Japan is considered to be childish or rude. A strong sense of shame is associated with expressing anger, if you can’t control your anger you lose your dignity. It is important, at least externally, to be nice to other people. As Miyuki puts it, “people want to be seen as good people, even if they are not.”

Anger is present within all of us, but how we express that anger or attempt to contain it varies. Societies require us to curb our behaviour so that an appropriate level of harmony exists, lest society fall into chaos. 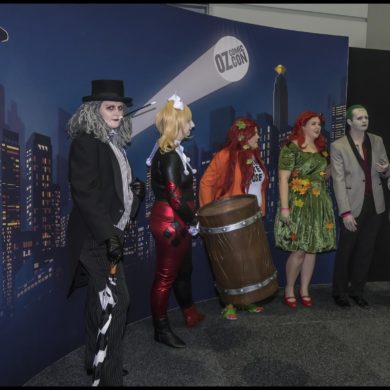