Alexander (Jeremy Chabriel) is born into a family of assassins, where schooling consists of shooting practice and killing provides employment.  The Melbourne-made Partisan, directed by Ariel Kleiman, reveals a grim and desperate world where humanity has been traded for survival.

Elder Gregori (Vincent Cassel), controls the minds and consciences of the children, teaching them how to kill and shunning their curiosity about the outside world. The children are taught to shoot with paintball guns, rehearsing on family members, before they are given murder missions in the outside world.

While the film keeps us intrigued, viewers find themselves predicting the plot and the slow beginning failed to engage me. We’re shown a short sequence of scenes which aren’t cohesive and at times unnecessary, disrupting the storyline.

Brainwashed and ignorant, Alexander not completely oblivious to morality. The final scene sparks an awakening of a moral conscience. Is killing not ‘right’, not ‘normal’?

With an impressively original approach, Partisan explores the parent/child relationship and how parents control the actions, minds and naivety of children. Despite the beginning lacking momentum, without a doubt Kleiman directs a thought-provoking film, suggesting the intelligence of children must not be underestimated.

Signs of intelligence and a moral compass surface when horrified boy Leo (Alex Balaganskiy) decides to guard and protect the chickens from slaughter. Day and night, refusing to leave the chickens’ side, Leo ‘disappears’ – audiences assume he is either exiled or killed for his controversial outcry. Gregori justifies the need for Leo’s disappearance, saying he had a “troubled brain.” Alexander thinks otherwise and cries to his mother the world Gregori has conjured is a “lie” .

“Protect the ones you love,” is the bittersweet motto of the film but a world without humanity is heartless. Kleiman creates a deteriorated and decayed landscape with ash-grey exterior settings. It’s symbolic to the mysterious life Alexander leads, well orchestrated through somber lighting and the Eastern European location.

Partisan is unique, bizarre and poignant; but I couldn’t tell you if I liked it or not.

Partisan is out now in selected cinemas across Australia. 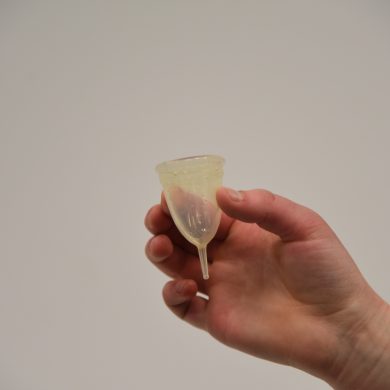 The menstrual cup strikes back