When will I be ready for my close up?

For aspiring actors, the monolithic ambition of attending drama school and becoming famous looms large. But with high levels of unemployment in acting and places in expensive and elite performance courses limited, is it still possible to justify becoming an actor?

“One girl dropped out who just had a bit of a mental breakdown,” Havea says.

“She wasn’t mentally fit to be in that kind of place because you’re there from nine until six, five days a week. It’s like a full time job without being paid.”

NIDA is a school with a big reputation to uphold, ranked in 2013 as the 8th best drama school in the world by the Hollywood Reporter. Other Australian institutions such as the Victorian College of the Arts (VCA) and the Western Australian Academy of Performing Arts (WAAPA) attract similar esteem.

Havea – originally from Bendigo – says NIDA’s “rigorous” four round audition process pitted her against 2000 other hopefuls, forcing her to curtail her expectations.

“Every time they called me back I was like: ‘oh, okay! I’m not going to get in so it’s fine’,” she says. “And then I got in and it was so unexpected, because some people audition five or six times with rejections.”

Rejection is arguably a central part of acting. NIDA alone has an impressive list of actors it has turned down, including Hugh Jackman, Anthony LaPaglia and Rachel Griffiths. Whether or not the hallowed halls of NIDA and VCA are a one-way ticket to success is a contentious matter.

VCA’s Senior Lecturer in Theatre (Acting) Tanya Gerstle says only those “passionate about the art form” succeed in both their theatrical studies and out in  the real world. “Drama school training isn’t going to get you into the industry,” Gerstle says.

“It’s going to give you valuable skills and a way of thinking about yourself as an artist, but it’s not going to get you work.”

While not always the case, Havea says just having the “brand” of NIDA behind you can immediately put you ahead of the competition.

“For certain auditions they just assume you’re at a standard level of acting already just because you have that label stamp on you, which is a big advantage from not going to a school,” she says.

The assumptions around NIDA can sometimes be a double-edged sword, with many people buying into misinformation about how drama teachers “break you down and build you back up again”.

“There’s even some myths around that you do your first class naked to ‘break down the barriers’ between you and your classmates! None of those things are true,” Havea says.

Britain’s acting community is currently undergoing a fierce debate about the exclusivity of expensive acting colleges, with concerns ‘working class’ actors are being shut out due to a lack of money. This year’s Academy Award nominations could also infer a bias toward privileged actors, with all 20 acting nominees being white.

Gerstle says it’s ultimately an even playing field in Australian drama schools, because of our burgeoning multiculturalism and the fact “everyone is deferring their HECS debt”.

“As we look at this course currently, it doesn’t feel like it is only middle class, white privileged people that are coming to this course anymore,” Gerstle says.

In the wider ecology of Australia’s acting profession, only 30.8 per cent of actors are employed full time according to the Australian Government’s JobOutlook website. While the British system may be derided for favouring Oxford graduates and posh accents, their larger population and ideal geographic location means more opportunities for work.

“Kate’s a terrific actress, I remember almost weeping when I saw her do Much Ado About Nothing in the Botanical Gardens,” he says.

“But Kate is now a regular on Neighbours. Obviously people have to be able to live … but that same certain sort of person might not, to the same extent, be doing EastEnders.”

Australia’s dearth of acting jobs may seem dire, but with it comes a need to be autonomous and find ways around  conventional opportunities.

Craven says as a critic, it is often when “actors sort of do things themselves” that brilliance occurs.

“I’ve got more time in general for the sort of actors and playwrights theatre that you get with say, Red Stitch [the St Kilda-based independent theatre company], than I have for the kind of meta-theatre, postmodern song and dance sort of thing you get at the Malthouse.,” Craven says.

For Havea, who is currently starring in Dogfight at the Hayes Theatre and teaching for NIDA Open, there was only one thing her training  didn’t prepare for: the waiting.

“So in the first three months out, I felt guilty because I thought I wasn’t doing enough, that I wasn’t keeping busy and writing essays,” Havea says.

“It’s nice now because I’ve just realized that I can live and I can have a social life and also have the balance of a job that’s not an acting job because you need to get paid,” she says.

“But If I didn’t do this I don’t know what else I’d be doing with my life. And as hard as it is, I do it because I love it.” 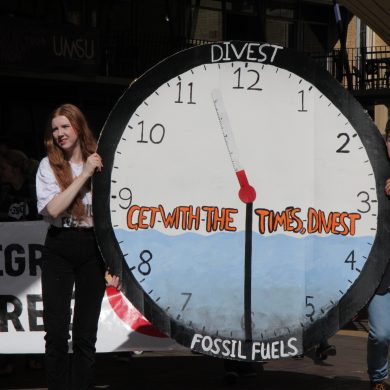