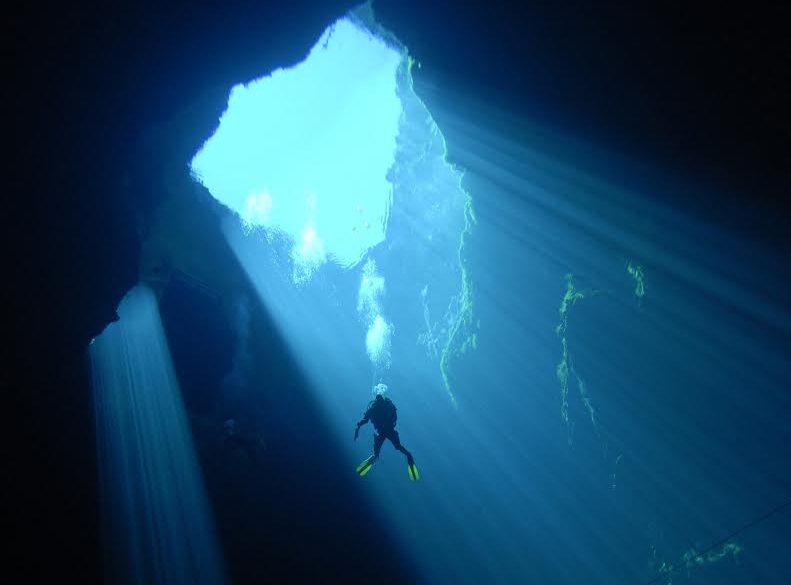 Diving in the Deep

Exploring the great unknown world of underwater caves is an exhilarating and exciting experience for divers. Many go cave diving with the intention of finding new places no one has ever seen or been in before.

Chris Edwards, Deep Cavern Instructor with the Cave Diving Association of Australia, is one of these divers. Exploration of caves is his passion and the excitement of finding new places is what sees him return to the Olwolgin Cave system in Western Australia every year. Olwolgin, he said, is an extensive cave that still needs exploring.

“It hasn’t yet, by any stretch of the imagination, been finalised in terms of what’s there,” Chris said.

“It is such a massive system that we are still looking and spending time trying to explore it.”

Finding new passages and parts of the cave is challenging. You have to wriggle and squeeze your way through tight spaces but at other times you can be in tunnels up to 300 metres wide.

Chris and his dive team have mapped about 12 kilometres of the Olwolgin Cave system during numerous four to six hour long dives over the years.

On the last day of one of Chris’ two week yearly trips to Olwolgin, he and his diving partner found a small squeeze which opened up into a large ‘room’.

“And from there the route just barrelled on.”

No one had ever seen this area of the cave before. He described the feeling as thrilling and exhilarating; all you can say is “wow”.

“There aren’t too many things left on this planet that you can be among the first humans to see,” Chris said.

“Cave systems and the oceans are about the only two places left.”

Cave diving is perceived as one of the world’s more dangerous sports. Five cave diving deaths have occurred in Australia since 1974, and three cave divers have died in the last five years.

A cave’s ceilings prevent a diver from swimming vertically to the surface in an emergency. Instead they must navigate their way out of an often complex system. Sufficient breathing gas is required for the duration of the dive, which in Chris’ case, can extend up to six hours. Visibility can be low or non-existent and it is most often impossible to see without an artificial light source. Not to mention getting lost in the maze of caverns or the darkness of the cave can add to one of many potential dangers.

But the training to become a cave diver, particularly in Australia, is extensive and strict. Divers are only allowed to enter Australian cave sites if they have the correct certifications.

The Cave Diving Association of Australia currently has about 800 active members and the association has trained 6,000 divers since 1973.

Terri Allen, Advanced Caving Instructor with the Cave Diving Association of Australia, says cave diving is a safe sport if the rules and training are followed.

“It is potentially quite a dangerous sport,” she said.

“But when you actually look at the numbers it is very safe. Strict training and strict guidelines about equipment negate a lot of the problems.”

But the risk increases when exploring those parts of a cave which have yet to be discovered. Underwater cave explorer Chris acknowledged the increased risks, but said diving teams developed risk management strategies to minimise and mitigate all the possible things that could go wrong.

The risks do not scare cave diver and instructor Jane Bowman.

“I can’t think of any time I have actually been frightened during a cave dive,” she said.

Australia boasts many spectacular water-filled caves, attracting divers from across the world. The Nullarbor Plain was recognised as a major cave diving area in the 1980s.

Most cave diving in Australia is done in South Australia’s Mount Gambier. There are a number of caves on the Western Australian Nullarbor and a few in Victoria.

The caves Terri dives are most often in Mt Gambier. She said her favourite, though hard to decide, is Tank Cave.

Tank Cave begins in only a small pool of water, and after dropping down into the cave you rattle through a tunnel less than a metre wide before making your way through a low, metre high gap. Coming up into a large area, massive boulders stand out in the clear freshwater. Big cracked clay blocks showing different coloured layers of clay resemble liquorice all sorts. You then traverse through another narrow tunnel among sea urchins and on top of a powdery, broken limestone clay floor.

You feel special to see such beauty, Terri said.

“All the hard training you have done over the years is worth it to get to this point.”

“There are not many places left on the earth that are like that,” she said.

“You think ‘wow, that is almost untouched by other humans’. It is quite different to most other places in this world.”

Despite voyaging overseas, Jane said she loves diving in Australia.

“I think Australia has greatly underrated cave diving,” she said.

And she too loves the challenge of the 11km Tank Cave tunnel system.

“There are so many places to go because it is so complex.”

Jane said she is often thinking of the beauty of the cave when she is diving.

“It’s amazing. You’ve almost had to pinch yourself sometimes to think very few people have been in an area you are now in.”

“Sometimes you feel like you are in another world,” she said.

But she said safety is always in the back of your mind.

“Safety is our number one priority the whole time we are cave diving.”

“In the back of your mind you are thinking about the ‘what ifs’. If people are running low on gas, if there was a rock collapse, if visibility went to zero.”

Chris, Terri and Jane all admit some people think cave divers are crazy. It’s a response they get a lot when telling friends, family, and colleagues about their rock related adventures.

“‘What are you thinking by going cave diving?’ is a common response,” Jane said, letting out a childish giggle.

“It’s like you can ask someone who parachutes: ‘Why would you do that? Why would you jump out of a perfectly safe aeroplane?’. Or someone who does other extreme sports like snowboarding off high peaks. It is always the challenge.”

“We could wrap ourselves up in cotton wool all our lives and never experience these things,” she said. 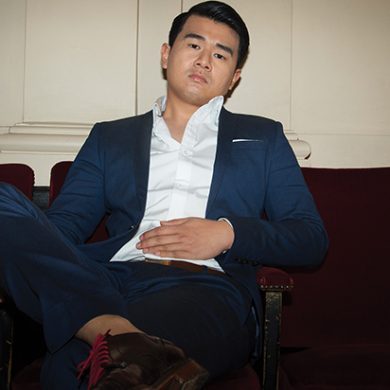