Planned changes to RMIT’s ‘First Site Gallery’ have led to concern from students, alumni, faculty, and patrons about the future of the University’s student gallery.

A change.org petition, set up by RMIT PhD student and First Site alumni Liss Fenwick, questioning the changes to the operations of RMIT Connect and Link, which the gallery falls under, has generated nearly 1900 signatures in over two weeks.

On the petition page, Fenwick says, “significant changes are swiftly rolling out that bring into question First Site’s future as a critical and dynamic Art space.”

Fenwick has delivered a hard copy of the petition to Vice-Chancellor Martin Bean’s office, and told Catalyst that she wanted to make this cause “known by those making the changes from the top”.

The changes have not been publicly disclosed as of yet, however the overhaul to RMIT Link Arts and Culture was presented in an internal November change proposal.

Dene Cicci, Director of RMIT Connect and Student Life, says these changes don’t involve closing the gallery, and it will continue to operate as First Site in 2018.

Some of the uncertainty around the future of First Site stems from the possible halting of the selection process for next year’s program.

Applications for the gallery’s Semester One rotation of three student exhibitors per fortnight closed on October 20, and many students have not heard back.

RMIT Master of Fine Art student, Eleanor Orchard, was one of the applicants for 2018, as well as an an exhibitor in 2017.

Around this time last year, she had already received a response back from First Site, about a month after submission.

“I only applied to First Site because it’s quite a unique gallery and that was the one place I wanted to show in for my final semester. Not hearing back from it makes me a little bit nervous,” Orchard said.

Lynda Roberts, RMIT Link – Arts Senior Coordinator, promised that “full details will be announced in due course. The program schedule for the forthcoming year will aim to maximise student engagement in creative and visual arts activity on campus.”

“The changes that have been proposed in my area… [have] been designed to improve our capacity to deliver a diverse range of inclusive student-led activities,” Cicci said.

When asked whether he sees the current structure of First Site as being ‘student-led’, Cicci responded that, “it is a student art gallery, yes”.

While First Site exhibits student work, it is not exactly student-led, with a curator and installation assistant on staff. Cicci was unable to comment on staff positions at First Site in 2018 or who the gallery will be coordinated by.

Professor Julian Goddard, Head of the School of Art at RMIT, was briefed on the proposal and explained there were many recommendations for changes to First Site.

“They’re not just about First Site, there’s a whole reorganisation around RMIT Connect.”

The change proposal coincided with the 21st anniversary of First Site Gallery, celebrated with a birthday show exhibiting from Nov 29 to Dec 8 featuring work of the gallery’s alumni.

Professor Goddard spoke at the birthday show’s opening night and is certain of First Site’s importance to RMIT and its students.

“We’ll [School of Art] have a lot to do with what happens in the future and make sure, as best as we possibly can, that our students continue to have as good as an experience as possible [at First Site].”

The University is now in the process of going through feedback received from affected parties, after giving them an opportunity to submit until November 29th.

Dene Cicci estimates that the change process concerning the proposal will be finalised this week. 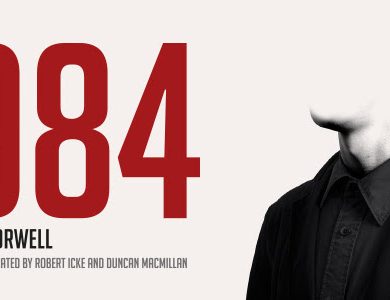 A Chat with Tom Conroy from the stage adaptation of 1984