Melbourne based singer Samsaruh is way too cool for somebody who just finished school. She’s recently dropped her groovy new single ‘Beautiful Killer’, only weeks before making her Falls Festival debut and will be gracing the Valley stage at 11:50am on Saturday the 30th. Now don’t get me wrong, I know the very thought of getting up early after you’ve been at the silent disco until 4am seems like an impossible feat, but slide some shades on and grab a bacon and egg roll because this is one act you won’t want to miss.

The track features Samsaruh’s silky smooth vocals masterfully layered over dark undertones, adding depth to the otherwise ‘pop’ song. They reverberate over a hissing and rhythmic backing track, the kind of thing one might get from playing a heat-warped vinyl or a stretched cassette tape. ‘Beautiful Killer’ could easily be the soundtrack to a cult film about a woman going on a dissociated killing spree at her local discotheque. The track as a whole is dangerously enchanting, in the way that a “beautiful killer” (we all know one) really is.

If you liked Lorde’s album Melodrama, then I guarantee you will like this song. Maybe now that Samsaruh’s around we can stop claiming Lorde as one of our own (although I still want Russell Crowe). 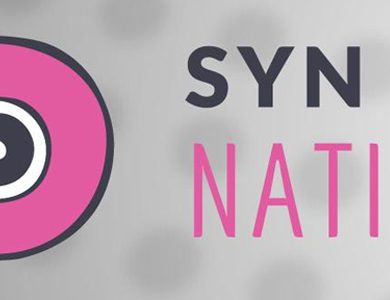 SYN-ners take on the nation