Hailing from Arizona, alternative hip-hop trio Injury Reserve has finally brought their live tour to Australia following the release of their debut, self-titled studio album, and the show was the closest a rap performance has ever come to being a piece of art.

Blending a healthy and consistent dose of both their most hardcore songs and a few mellow tracks in the middle to let audience rest (or as I would like to call it, “take them to church”), it was clear that the trio know how to maintain a smooth flow as the show persists. On top of this, their live shows vary so much from their recorded albums and provide an entirely different experience, yet they maintain the same level of emotional weight. But to reiterate, by the smoothness of the show, producer and DJ Parker Corey has also seen fit to do what I didn’t realize he was capable of and that was to create short, long and impressively glitchy interludes in-between every single song played by using an instrumental from the previous song to create a track of its own. Subsequently, he was able to create a sound that is beyond hip-hop and goes straight into experimental electronic music, a genre not typical to contemporary hip-hop. Normally, live shows of any genre would play the instrumental of a song and – if they were talented enough – sing or rap over the instrumental instead of the studio version with vocals already on them. Even then, the track would come to a complete halt for the applause and perhaps there would be a few words from the artist, then the next track plays. Injury Reserve has completely thrown that formula out of the window and created a show that, sonically, doesn’t stop invading the audience until the end. It is impossible to record one performance of a particular track from start to finish, as the whole show is one continuous sonically assaulting, yet enjoyable ride that only stops once the set is over – until the inevitable encore.

The trio also had their show, Let There Be Light, in Los Angeles and other places where it was informed that those attending would need to use ‘eye protection’ of sorts, and that idea has obviously been implemented in their Melbourne show. The glitch effects of their entire show are not only auditory, but visual as well, as lights would just be flickering towards the audience, boosting the chaotic nature of the show to a level where threshing your body towards other audience members doing the same is an essential and necessary part of the show. There was no need for flashy visuals happening behind the performance as the show itself had taken a life of its own as a flashy and intense visual art.

Putting aside the fact that the trio took time to go to the merch stand to meet every single willing fan, sign their shirts, and take photos with them (including myself of course), what they’re doing for the hip-hop genre is revolutionary. They might not be as viral as a Migos, but I don’t see the Migos reinventing anything sonically or even artistically as much as Injury Reserve. They are ahead of the curve at every artistic and entertainment front possible, and it’s truly mind-boggling why they’re not blowing up as much as they ought to.
If you’re looking for cutting-edge rap performances that will make the whole ground shake, mix that with both the hilarious and introspective lyrics brilliantly written and performed by the group’s 2 MCs Ritchie with a T and Stepa J. Groggs. Mix that again with Parker Corey’s distorted and insanely unique DJ transitioning skills, and you have one of the most unique and explosively raw live performances that has ever set upon Melbourne grounds. 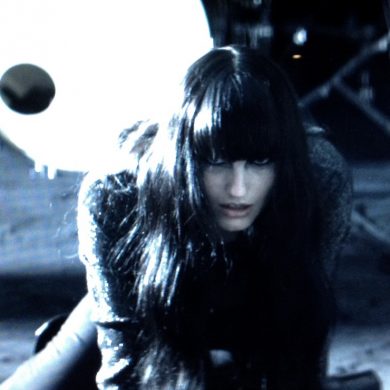 On the Line with The Preatures by Katherine Allan